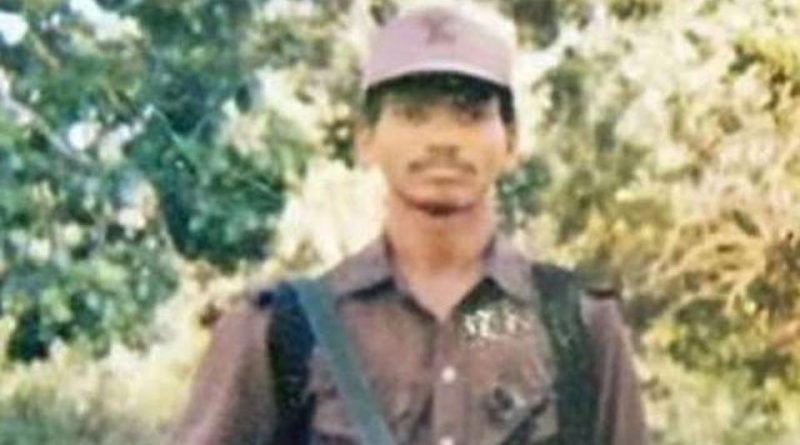 Raipur: Nearly a month after the death of Maoist leader Ravula Srinivas, better known as Ramanna, who had a bounty of Rs 1.4 crore on his head, security forces in Chhattisgarh will now have to deal with a far more radical face — Hidma.

Hidma, who had been heading Naxal attacks in Sukma district, has now been made state in-charge of the CPI (Maoist) organization’s militia actions, particularly planning and execution of attacks against security forces.

His elevation is seen as an attempt by the Maoists to fill the void resulting from the death of Ramanna in the second week of December.

Senior police officers deployed in anti-Naxal operations said there has also been a churn in the CPI (Maoist) central committee on whether to elevate Hidma, or other cadre leaders such as Ganesh Uike and Sujata, as chief of the Dandakaranya Special Zonal Committee (DKSZC).

The DKSZC works as an ideological wing of the outlawed organisation and is engaged in making policies and planning for propagating Maoist ideology. The state-level committee also monitors the militia actions of the Naxals.

The DKSZC was headed by Ramanna. It also works as a think tank for Chhattisgarh, and Gadchiroli in adjoining Maharashtra where Maoists have a presence.

“So far there is no confirmation, neither do we have any recovery to substantiate if Hidma has been given any new task as DKSZC head but security forces are prepared for any eventuality irrespective of which Naxal leader has been given what tasks,” Sukma Superintendent of Police (DSP) Salabh Sinha told ThePrint.

“Hidma is a known hard militia task master and had been heading their Battalion 1 in Sukma for more than two and a half years now,” Sinha added.

Hidma’s elevation as Naxal military wing head for the entire state was necessitated due to sagging morale of the outlawed organisation’s cadre owing to increased offensives by security forces in Bastar and other Maoist-held areas.

An officer from the state police’s Intelligence wing said Hidma will be a big challenge for security forces as the Naxal commander, known for his brute force and merciless killings, is a master strategist in planning attacks.

He is believed to have played an important role in all major attacks against security forces since2013. This includes the Jhiram Ghati attack on a Congress convoy in May 2013 leading to the death of 27 party leaders, and two other big back-to-back offensives, one being the well known Burkapal attack against security forces in 2017 that left 25 CRPF personnel dead.

A senior police officer from Bastar range said the Burkapal attack helped Hidma earn nomination as the youngest tribal member of CPI (Maoist)’s central committee, the banned organisation’s apex body, in 2017. He has earlier been inducted as the youngest member of the DKSZC as well.

There is, however, no confirmation on whether Hidma will head the DKSZC too.

“Although discussion as to Hidma’s elevation (as DKSZC head) within Maoists cadre was being heard for sometimes now but there is no confirmed news so far,” Bastar Range Inspector General of Police Vivekanand Sinha told ThePrint.

Sinha, however, claimed that going by his past record, it’s unlikely that Hidma will be made head of DKSZC, mainly for his ill conduct with villagers.

Another senior officer involved in anti-Naxal operations said the notorious Maoist leader is known for extorting, looting and harassing villagers, though he is stated to have mended his ways of late to impress the central committee for a bigger role in the organisation.

It’s, however, unlikely to work as there are seniors such as Sujata and Ganesh Uike, with the former standing a better chance as Uike is not keeping well these days.

Hidma, however, cannot be ruled out for the DKSZC head due to his tribal origins. His elevation will also help Maoists counter charges that local tribals are being used only as foot-soldiers and not given any bigger responsibility in their organization.