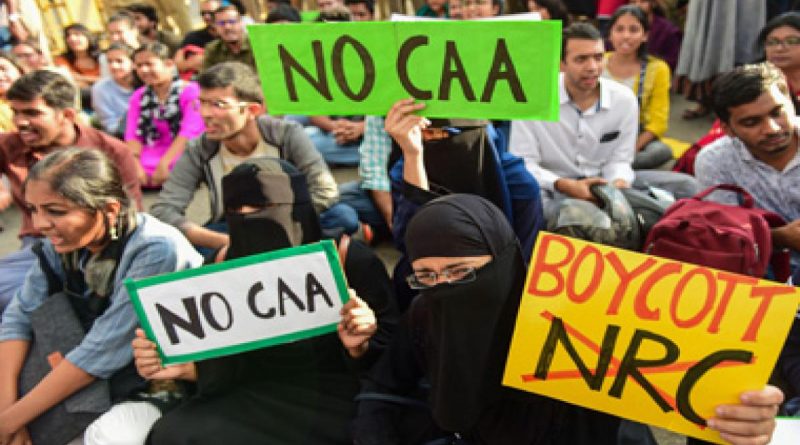 RAIPUR: The outlawed CPI (Maoist) opposed the Citizenship Amendment Act (CAA) while issuing an appeal to intensify a nationwide mass campaign against it.

Issuing a press note, the secretary, Darbha Divisional Committee, Sainath stated that there remains a provision in CAA for Hindu, Christian, Buddhist, Jain, Sikh and Parsi residing in the neighbouring countries of Pakistan, Afghanistan and Bangladesh, who are affected owing to religious persecution, to get Indian citizenship.

“We will continue to support the nationwide mass campaign against the CAA. The residents living here (India) should not be displaced”, he stated.

This is for the first time the banned organization has come out with a statement against the Act.

The Centre may turn the entire mechanism of granting citizenship under the CAA online to bypass states, as some of them are resolutely set against the new law.

The rebels had alleged the centre-state are jointly running operation (against them) through civic action programme among the local population in south Chhattisgarh, in an attempt  to win the heart and minds of the tribals.

Alleging fake encounter and arrests of innocent villagers, the naxals opposed Samadhan, which is an acronym the government has given to the current phase of its counter-Maoist strategy and was coined by former union home minister Rajnath Singh in May 2017 after an inter-state meeting. The Samadhan had initially set the target to eliminate the Maoist movement by 2022.

The unease among the left-wing extremists was evident over the opening of a new police camp at Potali in the strife-torn Dantewada district previous month.