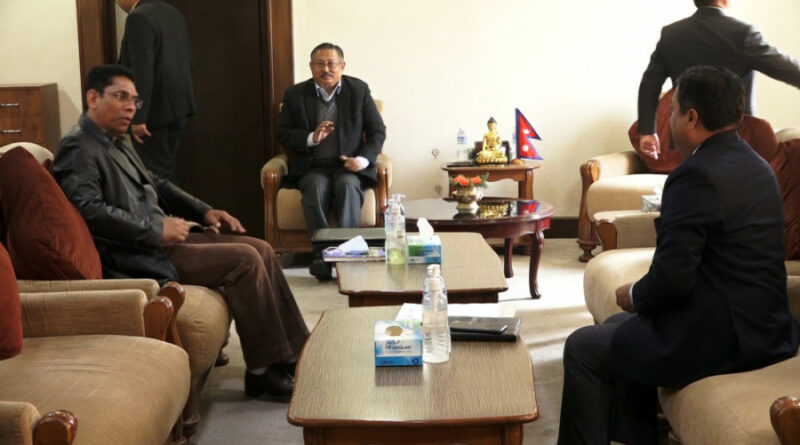 While meeting Minister for Home Affairs Bal Krishna Khand at Singha Durbar on Tuesday, Khadga Bahadur Bishwakarma, the party’s spokesperson, stressed the incumbent government should address their demands at the soonest.

Spokesperson Bishwakarma said the current government had decided to release the party’s leaders and cadres by quashing the cases against them after resolving legal hurdles. Hence the decision should be implemented by the incumbent leadership, Bishwakarma said he told the home minister.

Home Minister Khand, in reply, said the government is committed to resolving the issue, according to Bishwakarma.

“We told that the agreement reached with the government should be translated into results as soon as possible,” said Bishwakarma talking briefly to the media following the meeting. “The minister said the government is committed to resolving the issue. The talks ended positively. However, we are focusing on the end results.”

On March 5, 2021, a three-point peace agreement was reached between the party and the then KP Sharma Oli-led government, bringing the underground outfit to mainstream politics.

In accordance with the deal, the government agreed to lift the ban on the outfit and free its cadre and leaders. But the party has been expressing dissatisfaction saying that the agreement to release its leaders and cadres has not been enforced yet.