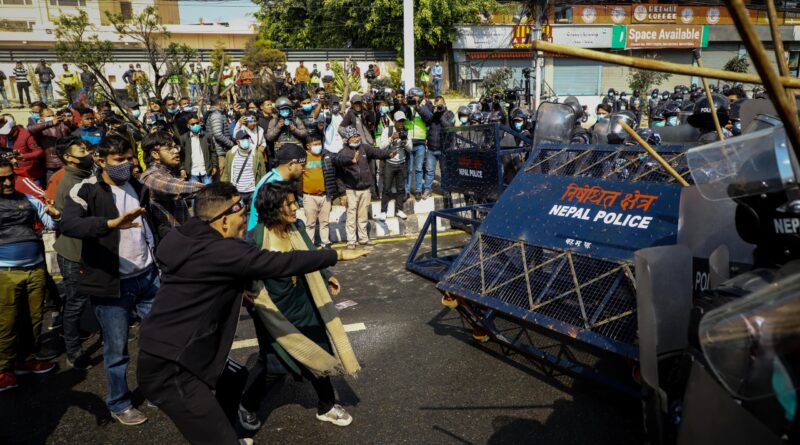 The area between New Baneshwor and Bijulibazar remained tense throughout the day after protestors hurled stones and bricks at security personnel, who were deployed in large numbers. As the scenario started getting worse, riot police deployed heavy force to disperse the masses of demonstrators. After the protest was over in the evening, the deserted Baneshwor-Bijulibazar area was filled with pelted stones, bricks and sandals of the protestors.

During the clash, 16 security personnel suffered injuries and scores of protestors were injured. Of those injured in the protest, seven sustained serious injury. They were taken to Civil Hospital and National Trauma Centre. Two dozen security shields and dozens of batons of riot police were broken during the clash.

Sporadic clashes occurred almost all day long as the cadres of various political parties, mostly communist parties, separately organized the protest. The protesters also included the cadres of the ruling Communist Party of Nepal (Maoist Center) led by Pushpa Kamal Dahal “Prachanda” and CPN (United Socialist) led by Madhav Kumar Nepal. Both the parties had okayed the tabling of the MCC at the Parliament to allow the issue to be discussed in the House of Representatives so as to avoid such violence.

However, hundreds of cadres of the two parties joined today’s protest.

Fifty-three protestors were arrested from the protest site. The arrested were being kept in Nepal Police Health Club until late evening.

SP Santosh Singh Rathaur of Rani Pokhari Police Office said that they would be released by today.