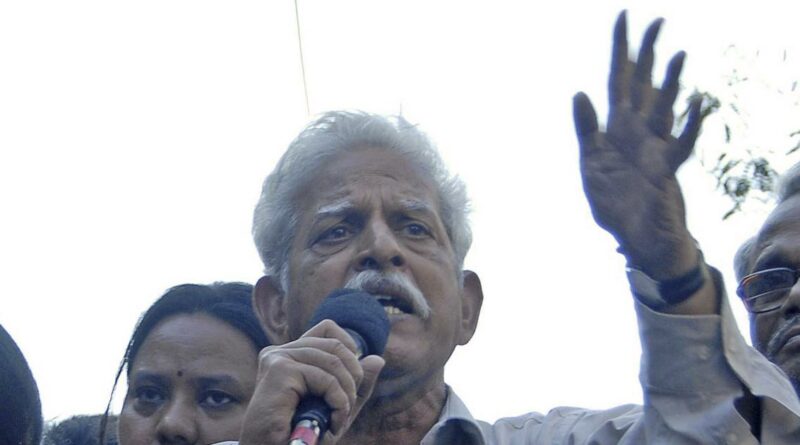 Mumbai, May 5, 2022: The Bombay High Court on Wednesday again rejected a review application filed by Varavara Rao and two other political prisoners seeking a review of an earlier HC order which refused them default bail in the Elgar Parishad case.

The high court said it finds it difficult to hold there was any factual error in its earlier judgement and requires a review.  “No case for exercise of review jurisdiction is made out. A point which was not urged is impermissible to be reviewed,” a division bench of Justices S S Shinde and N J Jamadar said, pronouncing the operative portion of the order.

Rao, Arun Ferreira and Vernon Gonsalves had challenged a December 1, 2021 order that granted default bail to lawyer Sudha Bharadwaj, a co-accused, but denied default bail to eight other accused persons. The high court had reserved the plea for order on March 22.

While Rao is currently out on medical bail, Ferreira and Gonsalves are still in jail. In their pleas, the three petitioners said the HC’s order was based on a “factual error,” as it failed to note that the lower court had rejected the default bail pleas filed by Bharadwaj,  as well as them and two other co-accused,  through a common order.

Hence, if the high court, in granting bail to Bharadwaj, set aside the lower court order, the others too were entitled to relief, they contended. The case, which is being handled by the NIA, pertains to the Elgar Parishad conclave held in Pune on December 31, 2017.