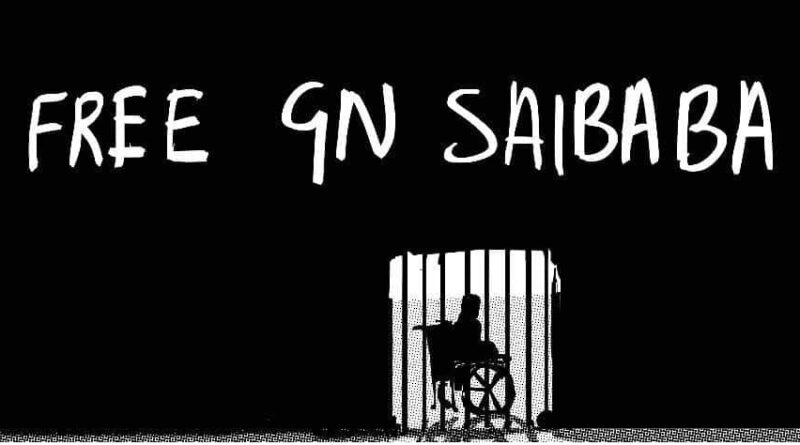 Mumbai, December 6, 2022: Eighteen international human rights organizations wrote a letter to Chief Justice of India D.Y. Chandrachud, expressing concern over the health of professor G.N. Saibaba and urging him to review the order suspending his release from the Nagpur Central Jail.

On October 14 this year, the Bombay High Court ordered the release of Saibaba, who is wheelchair-bound and 90% disabled, after eight years of a procedural lapse during his prosecution. However, the next day, the Supreme Court granted an urgent hearing to the Maharashtra government’s appeal and suspended his release. Prof. Saibaba was arrested on May 9, 2014, from the campus of Delhi University and on March 7, 2017, he was sentenced to life imprisonment under the Unlawful Activities Prevention Act (UAPA) on charges of “being a member of a terrorist gang or organization”. He is suffering from 19 separate medical conditions, including post-polio syndrome, pancreatitis and gallbladder stones.

The letter mentions, “Just a few months ago, Pandu Narote, who was convicted alongside Professor Saibaba, died in prison after contracting swine flu and reportedly being denied medical attention. We are deeply concerned about Professor Saibaba’s health should he remain in prison and not receive appropriate care.” The letter read, “Professor Saibaba was subject to arrest, prosecution, and detention in retaliation for his nonviolent exercise of the rights to freedom of expression and freedom of association—conduct that is expressly protected under international human rights instruments including the Universal Declaration of Human Rights and the International Covenant on Civil and Political Rights, to which India is a party.”

The organizations urge the CJI “to review Professor Saibaba’s case and reinstate the High Court’s order so he may be released and finally receive the medical care he urgently needs.”