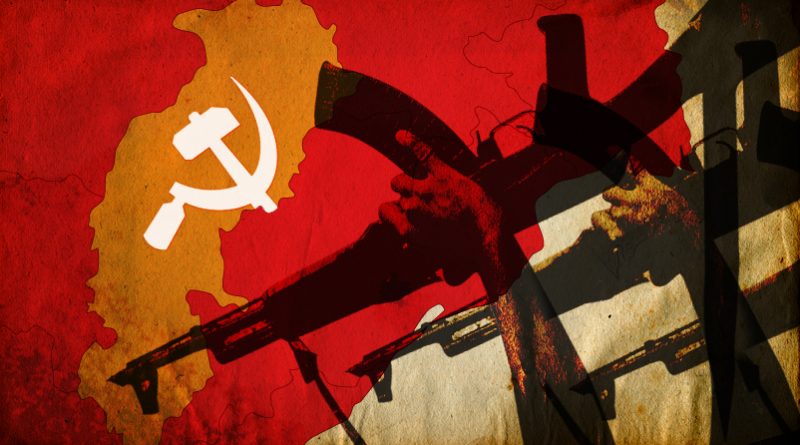 Fifteen Gadchiroli police personnel and the driver of a private vehicle they were travelling in were blown up when Maoists triggered an IED blast at Lendhri nullah close to the Maharashtra-Chhattisgarh border on Wednesday afternoon in the worst attack on security forces in the area in 10 years.

The quick response team (QRT) personnel from Kurkheda police station, over 150km from Nagpur, were headed towards Dadapur village near Purada, where the Maoists had torched dozens of vehicles of a Chhattisgarh-based road construction company earlier in the day, when the incident took place.

It came as a blow on Maharashtra’s foundation day because the incident seemed planned — sources said the IED may have been placed under the road tarmac months ago — and came days after the maoists ended their “martyrs’ week” on April 28 to mark the killing of 40 cadres, many of them women, by security forces on April 22-23 last year.

Maharashtra Police chief Subodh Jaiswal, speaking in Mumbai, vowed a “befitting” response to the “cowardly” attack, but seemed to rule out an intelligence failure. “This is not proper to say it was due to an intelligence failure. It’s a sad incident… We will fight back, we will take on the Naxalites. If more police personnel are needed, we will deploy immediately.” Governor Ch Vidyasagar Rao cancelled a reception and cultural programme scheduled for Maharashtra Day at Raj Bhavan.

CM Devendra Fadnavis also promised a fightback, tweeting, “The police will not lose their morale, in fact (they’ll) fight this menace with more force.” But state Congress chief Ashok Chavan and NCP supremo Sharad Pawar called for the CM to step down, saying he, as home minister, had neglected law and order in the Naxalite-affected areas of the state.

The arson and subsequent blast on Wednesday are believed to be the handiwork of Maoists of Company 4, Kurkheda-Korchi-Khobramenda and Tippagarh dalams, and other formations under the North Gadchiroli division. After torching the vehicles of the road construction firm, the Maoists seemed to have lain in wait for police. A convoy of three vehicles left Kurkheda for Dadapur, about 40km away, and the first two vehicles, carrying, among others, the sub-divisional police officer, cleared the spot. The third vehicle, a private MUV carrying the cops, was blown up.

Sources said police made a big mistake travelling together in a vehicle during such a sensitive period. Also, if they had followed the standard operating procedure of using a road opening party on foot to scan the roads, the hiding Naxalite who had to trigger the IED could have been foiled. But they pointed out that police perhaps never expected the IED to be planted on a road used by a large number of villagers.

Interestingly, the Maoists had put up posters at Dadapur village and across the district condemning the BJP governments at the Centre and in the state, PM Narendra Modi, CM Fadnavis, district guardian minister Ambrishrao Atram and the “Ambani Group” for ravaging the natural resources of the district in the name of development.

DIG (Naxal range) Ankush Shinde said an inquiry will take place. “We will take stock of the situation,” he said. Till the filing of the report, police were in the process of shifting the bodies to Gadchiroli for post-mortem.