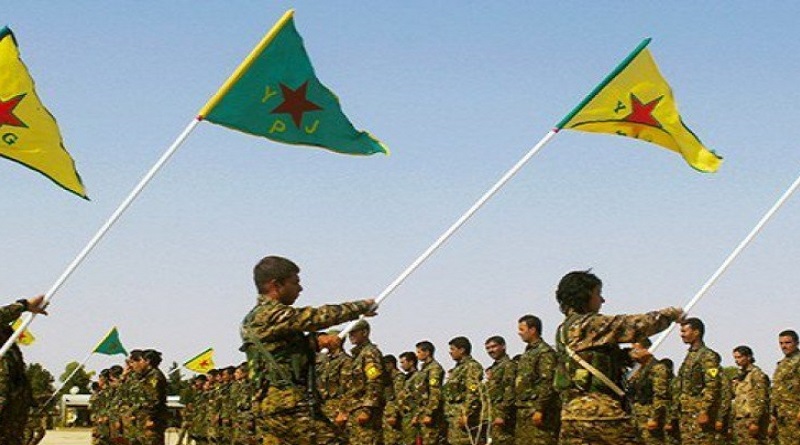 The People’s Defence Units (YPG) Press Office released a statement providing detailed information about the continued attacks and activities of the Turkish army and affiliated groups on Rojava-northern Syria.

Reporting activities by Turkish UAVs over the Kobane border on April 11, YPG said Turkish-backed groups had attacked the villages of Maranez, Malikiye and Elkamiye with howitzer fire the same night. Following the bombardment, Maranez village was targeted with DShK fire.

“During the same day, a mine planted by Turkey-backed gangs exploded during the sweeping efforts of our forces in the area of Siqeyf Plant in Aleppo’s Sheikh Maqsoud neighborhood. The explosion caused material damage in the area.

On April 14, Turkey-backed gangs attacked Basufane village in Afrin’s Sherawa district with mortars. The gangs also launched attacked on the villages of Bircike and Maranez.

On April 15, Turkish reconnaissance aircraft flew over the Kobane border.

During the same night, gangs allied with the Turkish army attacked Maranez village with mortars. The same day, our forces downed a drone of the gangs.

At noon on April 16, Turkish UAVs flew over western Kobanê, after which Martyr Hogir Hill near the Ziyaret village was attacked with heavy weaponry.

During the same day, Turkish-backed gangs attacked Maranez village with mortars, and the areas of Maranez, Ayn Deqne, Vila Qadi in Afrin with DShK fire at night.