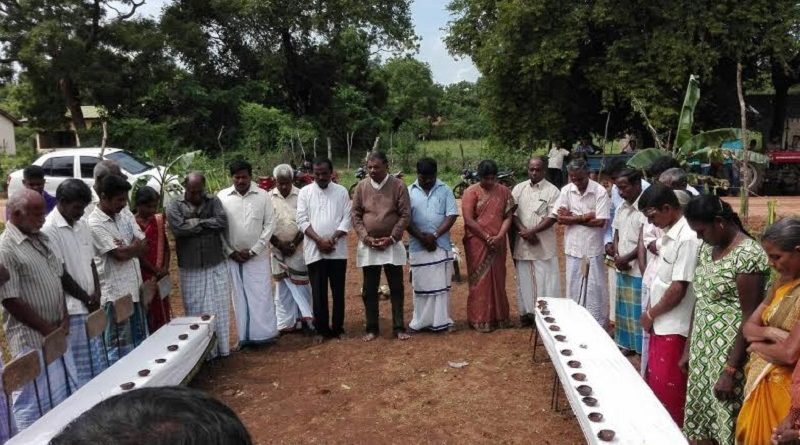 The Tamil village of Othiyamalai, situated in Odduchuddaan Division of Mullaiththeevu district, is unable to confront the demographic-genocide taking place at the moment as SL President Maithiripala Sirisena is targeting to Sinhalicise the village and settle Sinhala colonisers linking the village with already Sinhalicised Ma’nal-aa’ru (Weli-Oya). More than 110 Tamil families were living in the village before they were subjected to a brutal massacre on December 02, 1984, in which 32 males were slain by the SL military. Only around 50 families have managed to resettle in 2012 and they have been remembering their slain family members each year at the rural society building, where the massacre took place. 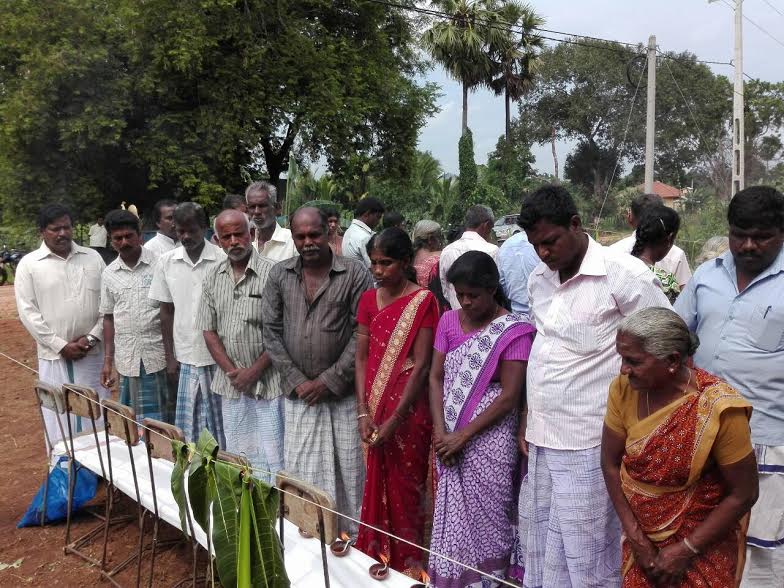 On Friday, the families gathered at the cooperative society to remember the massacred men. The SL military that had come from Padawiya in Vavuniyaa in the early hours of 02 December 1984 trapped the men from many families to come to the rural society building, where they were brutally slain.

150 Tamil students were studying at the local school in 1980. Today, there are only 5 five students. There are no infrastructural arrangements for the resettled people.

In the meantime, Colombo’s authorities have seized almost 3,000 acres of lands in the area for a Sinhala settlement.

SL military has also put up notice boards instructing people to stay away from the lands, which it claims as being “owned by military”.

The regime of Maithiripala Sirisena is scheming this Sinhala settlement with infrastructural links to Gajabhapura, which was formerly known as the Ceylon Theatres Farm. 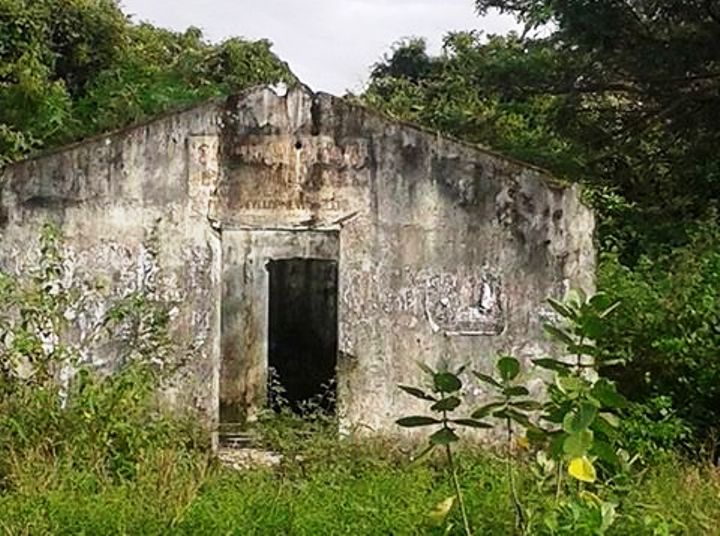 The colonization scheme is being carried out under the so-called Mahaweli ‘Development’ programme (System-L) of Maithiripala Sirisena.

Gajabhapura, one of the agricultural settlements started by Tamils in Manal Aa’ru in the fertile southern part of the Mullaith-theevu, has now been converted into a Sinhala settlement through militarization.

The entire village, displaced to Kokku’laay in 1984 following the massacre. In 1991, they were able to resettle as LTTE secured their village. But, in 1997 they were again displaced during the SL military Operation Jayasikurui’. Again, in 2001 when the Tigers defeated the SL military, the Tamil villagers went to their village. However, in 2007 after facing a series of air strikes and targeted Claymore attacks, the villagers were uprooted from their village again and went to Mu’l’livaaykkaal along with the people of Vanni.

Today, the people who have survived the genocidal massacre and genocidal war are completely abandoned. 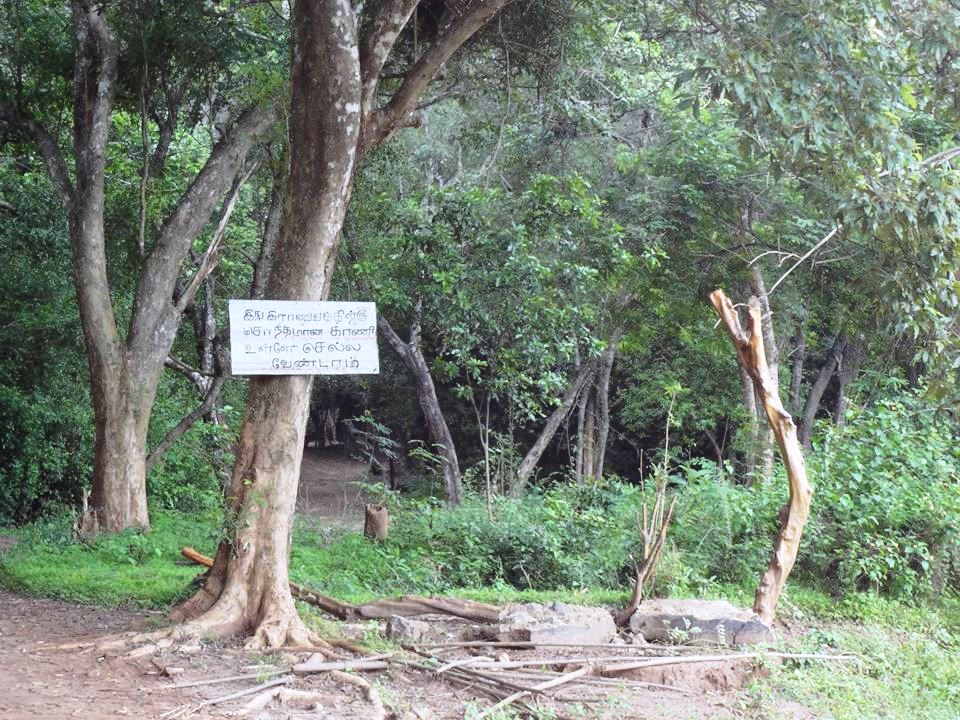 “The politics of Tamil politicians stops at taking photos every year when we remember the massacre. We don’t even have a memorial statue for our loved ones. And the occupying Sinhalese are seizing our lands,” a villager paying tribute to the victims of 1984 massacre told TamilNet.

Sinhala colonists have seized Panaiyaa-mu’rippuk-ku’lam, located near Ceylon Theatre. Thanik-kalluk-ku’lam has been Sinhalicised into Kalyana-pura. Most of the lands at Chempik-ku’lam have already gone. Even the remaining 150 acres there is now being taken over, the villager who didn’t wish to be named, told TamilNet on Friday. 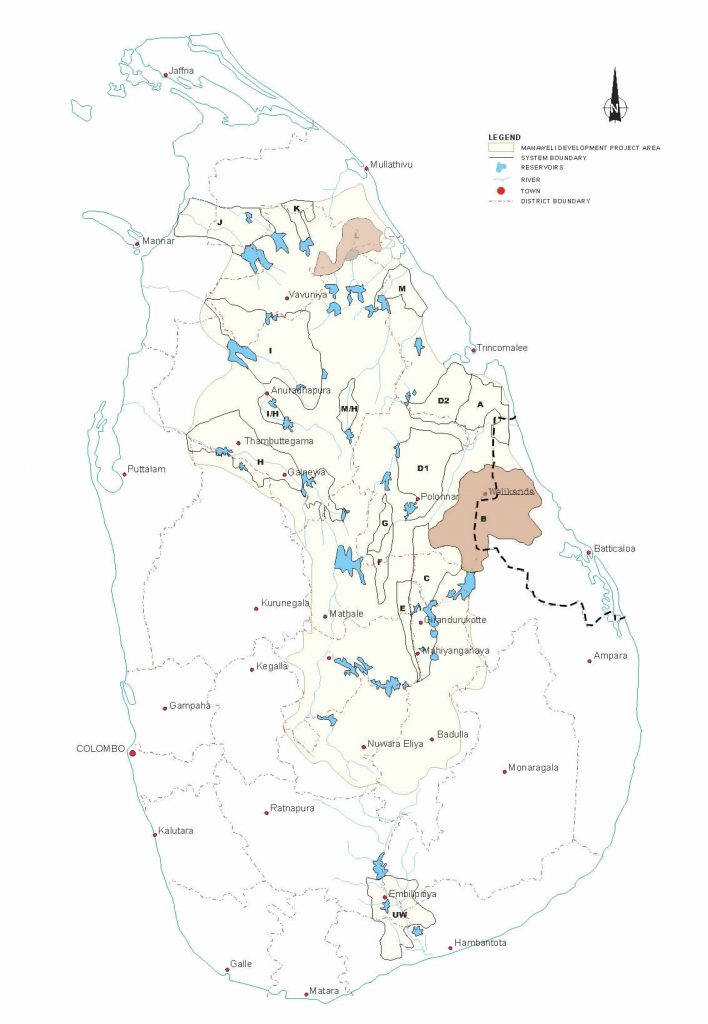