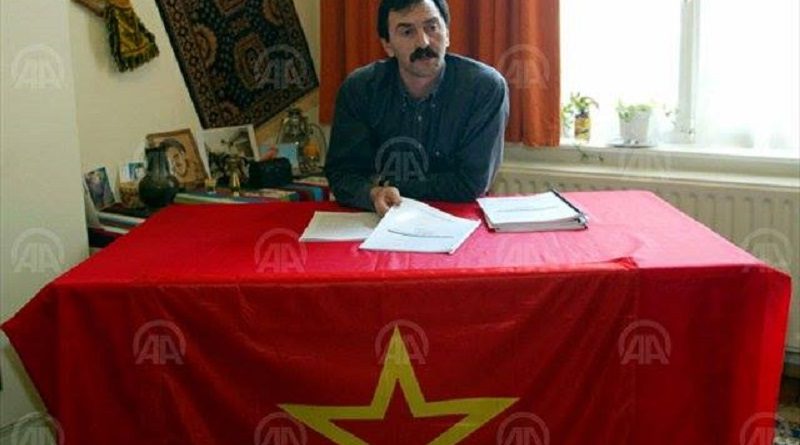 The Turkish revolutionary Musa Aşoğlu (55), who is on the list of wanted people of the US government with a reward up to 3 million dollars, has been arrested in Hamburg on the night of December the 2nd on 22:00. According to the US government and the Turkish state, he’s one of the key leaders of DHKP-C and a member of the Central Committee. He was arrested in an house raid with another person, who was thrown out of the police station later in the night. Since 13:00 hour today the whereabouts of Musa Aşoğlu is unknown.

Alongside Musa Aşoğlu, the revolutionaries Zerrin Sarı and Seher Demir Sen are also on the list of USA for wanted people. The three are the only Marxist-Leninists on the list. The list can be found on the site rewardsforjustice.net

Freedom for the revolutionary Musa Aşoğlu!