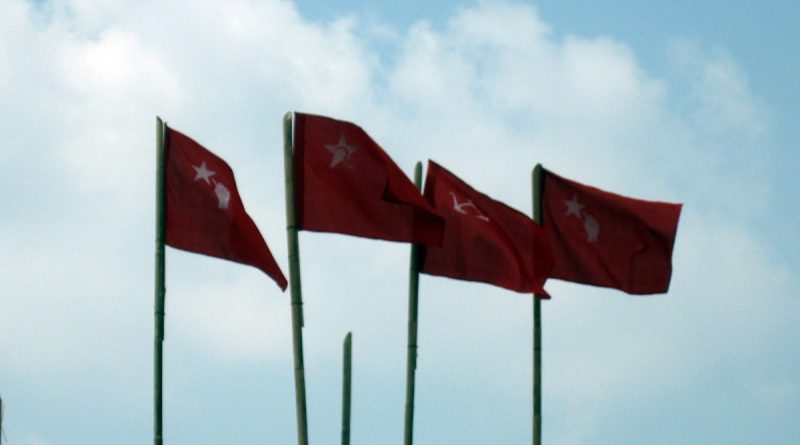 Students Union of Manipur (SSUM) expressed strong condemnation to the arrest of their comrades from CMS (Chaitanya Mahila Sangam) and Bhavani from ABMS (Amarula Badhumitrula Sangam) under the Draconian Law, UAPA.

A statement signed by Bushan Longjam said that on December 22, 2018, Annapoorna and Anusha CMS (Chaitanya Mahila Sangam) and Bhavani from ABMS (Amarula Badhumitrula Sangam) were kidnapped from their house in Hyderabad during the night hours.

For almost 30 hours, their details were not disclosed to the family members and were produced on 23-12-2018 before the judge.

After that, they were sent to Visakhapatnam Central Jail under the draconian law UAPA (Unlawful Activities Prevention Act).

The police have cooked the story that they have been caught in a forest area of Visakhapatnam agency and were armed.

Their activities were all charged as URBAN NAXALS.

For which the police have booked cases and jailed them and later booked all the comrades in a Bind Over Case.

Chaitanya Mahila Sangam (CMS) has also very actively campaigned with a slogan to question the electoral representatives coming for votes in Telangana.

The state has pasted posters in the name of VIDYARTHI CHAITANYA SANGAM (an organization meant for improving the consciousness among students).

This is a state sponsored organization, which has used the photos of our Chaitanya Mahila Sangam (CMS) comrades active in the local areas and the terminology used in the poster is that, the CMS comrades come to the colleges and they recruit the innocent students into Maoist party.

Chaitanya Mahila Sangam (CMS) is a 23 year old organization working for the upliftment and liberation of women.

It also has been fighting against all forms of violence against women.

But it has been facing many forms of repression .

To suppress the speaking voices of Chaitanya Mahila Sangam (CMS), the state has charged them as URBAN NAXALS.

So, Socialist Students Union of Manipur (SSUM) condemns this fascist act of the Andhra Pradesh government and we demand the immediate release of them unconditionally.