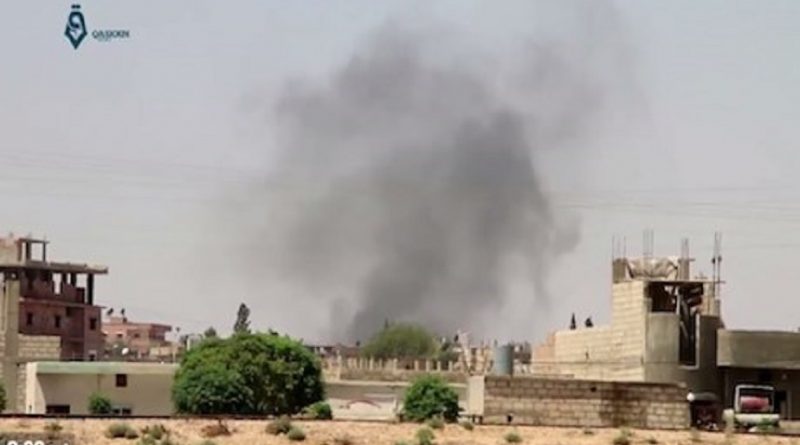 ERBIL, Kurdistan Region – At least 15 civilians and fighters of the People’s Protection Units (YPG) were killed in military confrontations which resumed on Friday between the YPG and Syrian regimes forces in the predominantly Kurdish city of Hasaka in Rojava.

“In the clashes, 15 civilians and YPG fighters were killed, two members of Asayesh [security] forces and 45 other civilians wounded,” Abir Assaf, co-chairman of the health board of the Cezire canton declared.

“A vast majority of the wounded were rushed to the hospital while others were treated in their homes,” Assaf added.

Eyewitness inside the troubled city told Rudaw that Kurdish neighborhoods were targeted by the regime artillery units.

“Clashes resumed in the neighborhoods of Eastern Nashwa, Bayruti Bridge and Zuhuroon. As a result the Khueran Silo in the city was incinerated,” a well-placed source inside Hasaka, told Rudaw.

“We have been persistently hearing gunfire and mortar shells, Syrian regime warplanes have bombed the city twice,” the source added.

Also “the regime artillery units have been bombing Kurdish neighborhoods,” the source said.

The bombing follows clashes Thursday between the National Defense Forces (NDF) which are backed by the Syrian regime and the Kurdish security forces in Hasaka city.