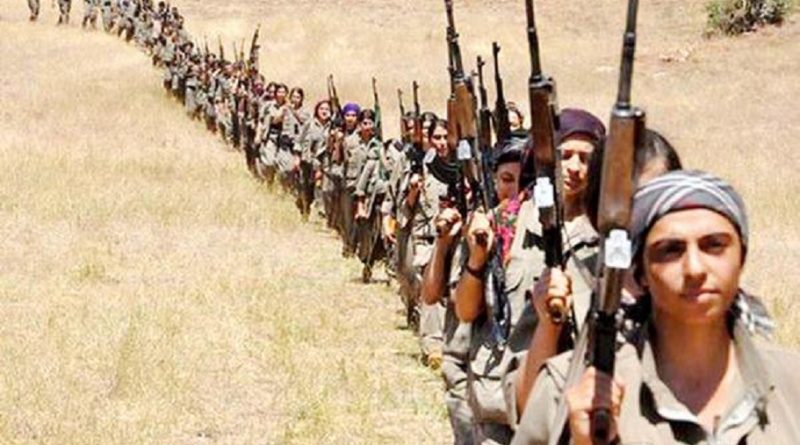 HPG stated that 3 guerilla units carried out an infiltration action against the Turkish soldiers positioned in the Herki region, and Güvenlik and Martyr Slav hills of Hakkari’s Şemdinli region at 13:00 on September 3, and 4 positions were destroyed and 15 soldiers by the first unit. 1 soldier was killed and 2 others were injured by the second unit, and the numbers of soldiers killed and injured by the third unit has not yet been clarified.

HPG Media Center stated that Turkish soldiers attacked Martyr Slav hill after the guerilla action but were repelled by the guerillas and the commanding officer of the soldiers were killed during the guerilla response.

HPG guerillas also carried out an action against the soldiers positioned near the Martyr Gafur region of Oremar in Hakkari’s Yüksekova district at 15:00 on September 3, and the numbers of dead and injured soldiers have not yet been clarified.

HEAVY BLOW AGAINST THE TURKISH ARMY IN ÇUKURCA

HPG announced that the 45 soldiers were killed during the guerilla actions near Martyr Cihat, Martyr Colemerg and Çeko regions and Ertuş Castle of Hakkari’s Çukurca district on September 3, and clashes continue near Ertuş castle. Guerillas also carried out a sabotage action against the Turkish shells in the nearby Êriş outpost on the same day and prevented the soldiers from shelling guerilla positions.

4 SOLDIERS KILLED AND 3 INJURED IN BİTLİS

HPG Media Center stated that guerillas carried out an action as part of the Martyr Çekdar Mahir Serbest revolutionary initiative against the soldiers positioned at the Mêrgemira region of Bitlis’ Mutki district at 11:30 on September 2, and 2 soldiers were killed and another one was injured during the action. Turkish army deployed reinforcements in the region around 17:30 on the same day, and 2 soldiers were killed and another 2 were injured during the 2 sabotage actions carried out by the guerillas in response. The guerilla actions were carried out to commemorate Martyrs Sorxwin and Medeni.

HPG stated that clashes continue between Van’s Çaldıran and Ağrı’s Doğubeyazıt districts, guerillas encircled Turkish soldiers near Mount Tendürek in the region. The Turkish army suffered heavy casualties during the clashes that began when thousands of soldiers launched an operation in the region on August 30. HPG refuted the Turkish media’s claims that around 10 soldiers were killed, and added that more information will be shared with the public in the near future.

HPG Medica Center announced that YJA Star guerillas carried out a sabotage action against the Turkcell, Vodafone and Avea base stations near the village of Xavuşta in Van’s Çatak district at 01:00 on September 2 and the stations were destroyed during the action.

Lastly, HPG shared the ID information of the 2 guerillas that had fallen as martyrs after the clashes in Mardin’s Dargeçit district at 18:30 on September 2: