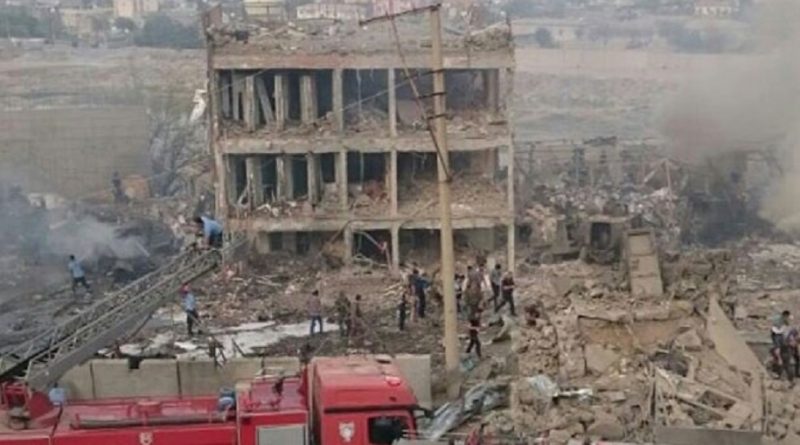 HPG Press Office said in a written statement that a guerrilla carried out an action of self-sacrifice against the Turkish state forces in Şırnak’s Cizre district at 06:40 on August 26. The action targeted the Police Headquarters, Police Lodging, Riot Police Directorate, Governorship Office, MİT building and Police check point where the Cizre massacre had been planned and organised.

HPG said Guerrilla Mustafa Aslan, nom de guerre Firat Pirsus, carried out the action with a vehicle laden with a huge amount of explosives. The action was both a response to the aggravated isolation of Öcalan and in memory of Cizre martyrs.

The bomb-laden vehicle was detonated in the garden of two buildings affiliated to the Riot Police Directorate where 280 members of riot police were staying. These two buildings were completely destroyed and demolished, also setting the ammunition depot here on fire, as a result of which blasts in this area lasted 4 hours.

According to the statement, 60 armored vehicles that had been parked in the outpost garden were destroyed during the action. A larger part of the HQ building was demolished, as well as the Governorship Office and MİT building.

HPG stated that 118 members of Turkish police forces were killed and 152 others were wounded as a result of the action. While the governor also suffered an injury, the number of those killed or wounded in the MİT building and others couldn’t be clarified.

HPG said two civilians were also wounded in the action after which the dead and wounded security members were taken to hospitals in Cizre, Silopi, Şırnak, Mardin, Amed and Batman.

HPG gave the following ID details of the guerrilla who carried out the action of self-sacrifice: