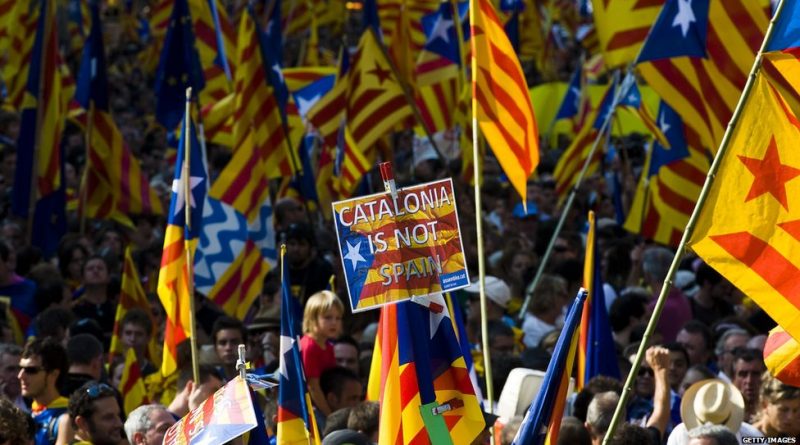 To the Galician working people:

The sovereign decision of the majority of the Parliament of Catalonia to convene a referendum on self-determination for next October 1, was answered with repression by the State of the Spanish oligarchy.
The de facto annulment of Catalonia’s self-governance status, with the intervention of the administrations and the arrest of political leaders, is the first step towards widespread repression in both rebel Catalonia and other peoples of the Spanish State.

Not surprising! That is the only answer that knows a reactionary and fascist bourgeoisie, direct heir to the Franco dictatorship in the Bourbon restoration regime of 1978.
But, this time, they did not do a good analysis, because they do not know, in this new concrete reality of the 21st century, the power of a determined people to take their destiny in their hands. Where there is oppression, there will always be rebellion, this is the science of the Revolution.

We are also fully aware that the political process of national liberation in Catalonia is being led by the same oppressive and corrupt bourgeoisie which, in other times, was part of the block of the oligarchy that endorsed the fascist Bourbon restoration imposed by Franco. That same bourgeoisie now faces the most recalcitrant sectors of the Spanish bourgeoisie in antagonistic contradiction. The same bourgeoisie, because of this, needs an alliance with the radical petty-bourgeoisie of ERC and worker class sectors of the CUP, of an assembly and anti-capitalist tendency, to achieve a new political space in the form of a Republic, taking into account the patriotic sentiment of the majority of the Catalan people.

We are also aware that the proletariat in the whole Spanish State and in oppressed nations, lacks strong revolutionary Communist parties, capable of leading the process. So, we are facing a stage in which the bourgeoisie and the democratic petty-bourgeoisie are hegemonic wings.

The work of the Communists, must be articulated in these circumstances in the necessary partisan construction around a revolutionary line and the revolutionary ideology of the proletariat; Marxism-Leninism-Maoism. Unique guarantor for the construction of the three basic elements of the revolution: The Party, The United Front and the Popular Army.
Without them, the masses nothing will have!

In parallel to this, we must denounce the revisionist renegades who, being falsely called “communist”, are once again aligned with the oligarchy of the monarchist-fascist regime shouting for the “unity of Spain”, denying Marx the saying: “The people who oppress other peoples can not be free”.

This year we are celebrating the 50th anniversary of the popular uprising of Naxalbari in India and the centenary of the Great Socialist Revolution of October led by Lenin and the Bolsheviks in Russia.
It is their red flags, their rich experiences, the ones that must guide us!
The monarch-fascist regime is hurt of death! We all must be aware of this and act accordingly.

From the “Committee Building the Maoist Communist Party of Galicia” we want to show all our internationalist and class solidarity with the Catalan working people in their struggle for national liberation.

We call upon our working people to raise the red flag of proletarian internationalism and defend our brother people against fascist repression.

For the revolutionary general strike that paralyzes repression until national liberation!

For the People’s Republic of Catalonia!

For the People’s Republic of Galicia!