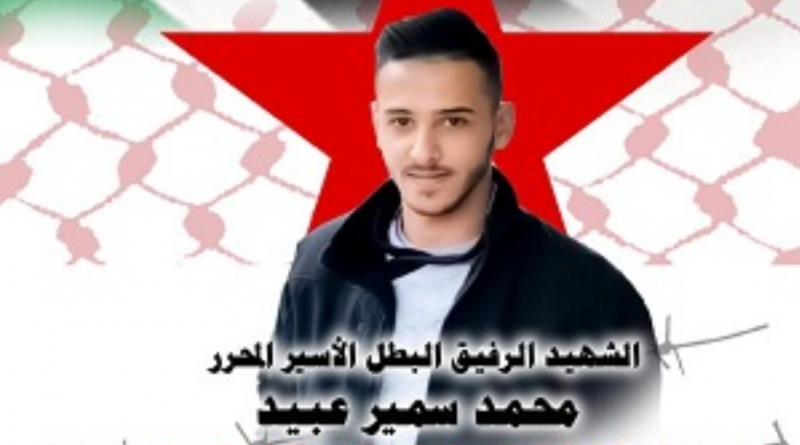 With pride Democratic Front for the liberation of Palestine announces the fall of the liberated prisoner martyr Mohammad Samir Obeid.

The comrade was killed by the occupation forces in the Issawiyeh village, in Jerusalem, on Thursday, June 27, 2019, during mobilization against the Summit of the “Deal of the Century” held in Bahrain.

The 21-year-old martyr was held prisoner for 4 years in the occupation prisons, who also arrested his parents and his sister.

DFLP accuses the occupier of carrying out extrajudicial killings, violating international norms and documents and calls on international and human right organizations to intervene to unmask the occupant who commits daily massacres against the defenseless Palestinian population.

DFLP promises the martyr to continue the path of struggle until liberation of the fatherland and withdrawal of the occupier.

Glory to the martyrs

Democratic Front for the liberation of Palestine
June 28, 2019