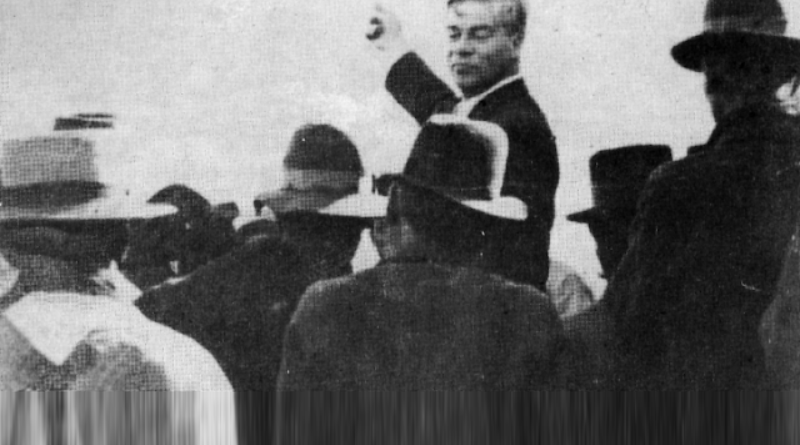 This month there are two commemorations which are cornerstones for the history of the national and international proletariat; as we have been reiterating in previous editions, it has been 200 years of the birth of the founder of Marxism Karl Marx, and 142 years since the birth of Luis Emilio Recabarren, leader of the Chilean proletariat and founder of the Communist Party of Chile as a Chilean section of the Communist International.

Recabarren is the applicator of the ideology to the conditions of our country, we must raise and defend the work he did for the workers and peasants movement, because his contribution has great importance for the people’s movement of our country.

From his early years he was a recognized union leader who dedicated a life of struggle against the misery and exploitation lived by the people from north to south, in the pampas, the center and in the Araucanía.

In the decade of 1910, the foundation of the FOCh (Workers’ Federation of Chile) stands out, which started as a group of railway workers and later, due to the misery that was lived in the mining sector by workers and their families, began to integrate the nitrate employees, making this organization acquire a national character.

Through its leadership and with the organizational advances of the participating proletariat of the time, the Federation began to have a great recognition of the workers movement, having its greatest impact on the mobilizations of the 1920s.

Later, the victory of the workers in Russia reached a great international influence and Chile was not an exception. When Recabarren found out of this news, he said: “I give without hesitation my vote of adhesion to the Russian maximalists, who initiate the way of peace and of the abolition of the bourgeois, capitalist and barbarian regime. Whoever does not support this cause will sustain the capitalist regime with all its horrors. ”

With this, there was a change in the physiognomy of the class struggle, and it was openly and strongly promoted that the conquest of power is the only way to achieve the end of exploitation, the abolition of classes and the recovery of all rights usurped from the people, a political line which was embodied in the Ránquil Uprising, the highest revolutionary experience of the Chilean people.

Retake and develop the thought of Luis Emilio Recabarren!