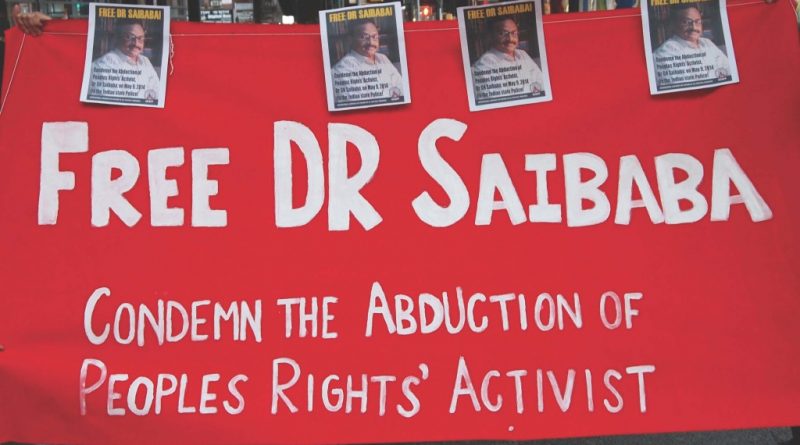 Justice Katju was not available for comment, but a Raj Bhavan spokesperson confirmed that the petition had been received, adding that it had been sent to the additional chief secretary (home) for comment.

Raj Bhavan sources said that the plea, among other things, mentions the deteriorating health of the wheelchair-bound Saibaba. “We are from Hyderabad. We have asked the state government to shift my husband to Cherlaparli jail in Hyderabad because all my relatives live there. GN Saibaba has several health issues. Hospitals in Nagpur don’t treat him,’’ said Saibaba’s wife Vasanta Kumari.

Unable to cope with the conditions in Nagpur central jail, the former professor of English had in December last year urged the Governor to shift him to another jail. Later his wife wrote to the authorities that he be shifted to Hyderabad. She alleged that the government wanted him to die.

Saibaba and four others were sentenced to life imprisonment by a sessions court on March 7, 2017.