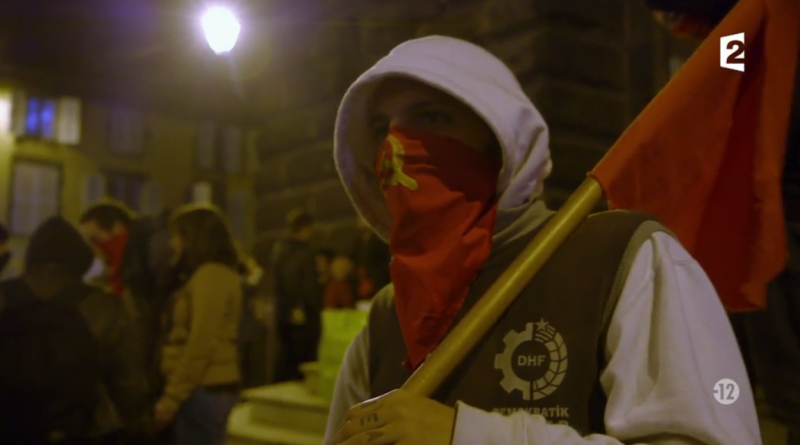 The journalistic comments are full of shortcuts and sufficiently attached to the anecdotal, but what we see on the one hand are revolutionaries who struggle daily against fascism and capitalism, on the other hand fascists making disgusting remarks, who hide themselves, do not leave their car without their weapons, who mourn the consequences of their actions, who are driven to the exile of Clermont-Ferrand and finally cover their Nazi tattoos.

However, we should not be believed that because this generation of Nazis are wracked, the fight against fascism is over. The new ones are more organized, they are also dangerous, it is necessary to fight them fiercely daily under the colors of the CARA.

CARA is a structured and organized organization that aims to prevent the fascists from crushing the people but the CARA is also a front that aims to overthrow capitalism and the dictatorship of the bourgeoisie.