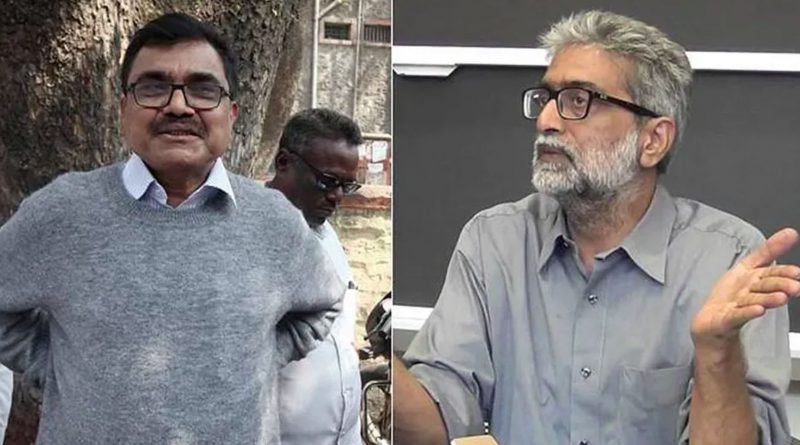 The police in the State of Maharashtra, India, acting at the behest of the central BJP Hindutva government, is forcing the arrest of Professor Dr Anand Teltumbde and Gautam Navlakha under August 2018 fabricated charges, accusing them of involvement in violence that occurred at Bhima Koregaon on January 1, 2018. Dr Anand Teltumbde, is a Professor at the Indian Institute of Technology, a respected world-renowned Professional Technologist, a noted scholar on caste-class injustices and a leading member of Committee for Protection of Democratic Rights. Gautam Navlakha is a journalist, a human rights activist, with a focus on atrocities against Adivasis (indigenous people) and people of Kashmir, and a leading member of Delhi based Peoples Union for Democratic Rights. Both have been outspoken against successive Indian governments’ policies detrimental to the lives of Dalits, Adivasi and Minorities.

The event held on January 1, 2018 at Bhima Koregaon was to commemorate the January 1818 victory of a British army that comprised of a large contingent of Mahar Dalits, over the army of the then Peshwa rulers. Despite having no evidence of their involvement in the Bhima Koregaon event, or them playing any part in the proceedings of that annual event, the Indian police has forced the arrest of Dr Anand Teltumbde and Gautam Navlakha under the Unlawful Activity (Prevention) Act (UAPA) – one of the most draconian laws of India.

The key organisers of the celebrations were Justice P B Sawant, the retired judge of the Supreme Court and justice B G Kolshe Patil, the ex-judge of the Bombay High Court. More than 250 organisations and over one hundred thousand Dalits took part in celebrations to mark the 200th anniversary of the victory. The festive atmosphere promised the advancement of a sustained movement for the assertion of Dalit rights and halting the erosion of public sector job reservations guaranteed by the Indian Constitution. This irked the local Hindutva organisations and it is reported that that year they orchestrated the violence which led to one death and extensive destruction of property throughout Maharashtra. The Hindutva leaders Sambhaji Bhide and Milind Ekbote were named in an FIR as instigators of the violence. Though Milind Ekbote was arrested, he was later released on bail, whilst his co-named has been absconding since then.

It has been reported that to take the heat off the Hindutva gangs who were the perpetrators of violence, and to crush the Dalit rights movement, the BJP government tried to find anti-national contents in the speeches made by the various leaders at the event. This way they hoped the police would charge the leaders for sedition and imprison them under such laws as UAPA, thereby kill the Bhima Koregaon movement. Unable to find the use any such inflammatory language at the event, the BJP union government instructed the Pune police to arrest Surendra Gadling (human rights lawyer), Sudhir Dhawale (Dalit rights activist), Rona Wilson (campaigner for rights of political prisoners), Shoma Sen (campaigner for protection of democratic rights) and Mahesh Raut (Tribal rights activist). The homes of these five were raided and the police, violating standard procedures, who later claims to have found electronic files, stored on laptops, that links them to the Bhima Koregaon riots and more seriously with the banned Communist Party of India – Maoist. These campaigners for democratic rights were labelled ‘Urban Naxal’, arrested in June 2018 and charged under UAPA. They have been languishing in prison since and continually denied bail. The so-called incriminating electronic files are said to contain letters detailing plans to organize the riots and more bizarrely plots to assassinate the Prime Minister Narendra Modi. The letters produced by the police speak of real names of people providing their real phone numbers. Independent analysts have concluded these letters are pure fabrication because the wording used in them are not consistent with known communication amongst Maoists.

On 28th August 2018, also based on the fabricated ‘electronic’ evidence, the police raided the home of the poet and journalist Varavara Rao, human rights lawyer (mainly for Adivasi) Sudha Bharadwaj, social activist Arun Ferreira, writer on Dalits and Adivasi rights Vernon Gonsalves and Gautam Navlakha. All but Dr Anand Teltumbde and Gautam Navlakha were put under house arrest. All labelled Urban Naxal. Dr Anand Teltumbde’s house was also searched but at the time he was not at home, so he escaped house arrest. During the house arrest of Gautam Navlakha, his lawyer managed to secure a court order, which prevented his immediate arrest. The others who were not so lucky were lodged in Nagpur prison following their house arrest. They remain in prison, denied bail, trying to prove their innocence from a near impossible position, behind bars.

In the meantime, Dr Anand Teltumbde and Gautam Navlakha have been going through hell since August 2018, trying to get justice through the quagmire of Indian legal system. Once charged under the UAPA law, one is destined to prove one’s innocence from the confines of the Indian high security prison. Both have given unconditional cooperation to the police investigation, availing themselves to police interrogation. In the face of the trumped-up charges from the Indian police, their frantic efforts to convince the Indian courts of their complete innocence has amounted to nothing.

The recently formed coalition government in Maharashtra attempted to setup a review of the Bhima Koregaon incident and the legitimacy of the ‘Urban Naxal’ narrative put out by the BJP government. It is widely understood that the prime motive behind this initiative was to gain the favour of Dalit voters, non-the-less a Special Investigation Team (SIT) was proposed. The Central government saw this move could go against its interest, and that could expose the police stitch-up of activists, and quickly acted to allocate the probe to National Investigation Agency, which comes under the BJP central government. There we believe the probe is expected at best to move no further or at worse it will attempt to consolidate the original narrative with perhaps additional falsified evidence.

Like their co-accused, Dr Anand Teltumbde and Gautam Navlakha are now also to be imprisoned. Their co-accused have been languishing in prison for two nearly years with no sight of a fair trial anytime soon. Dr Telumbde and Mr Navlakha can expect no different. All locked in prison filled well beyond capacity. As though that is not punishment enough, for crimes they have not committed, and for which they are yet to be tried, they are now likely to be cooped up with inmates where the deadly Coronavirus presents a real danger to life where they will no protection.

Even if they manage to gain freedom alive, after years of detention in prison as undertrials, they will face their devastated families, ruined careers and with precious years of their life lost forever. The all too readily used India’s draconian laws presume one is guilty until proven innocent. The largest democracy in the world has lost its basic tenet of justice and, with that, the right to call itself a democracy. To redeem the situation Indian government and the judiciary must: