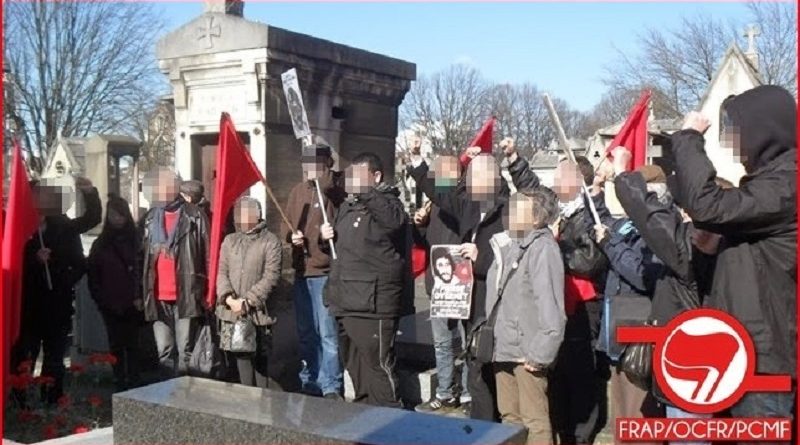 This morning twenty of us gathered to honor the memory of Pierre Overney, a Maoist activist who was assassinated in front the Renault Billancourt factory doors, 42 years ago.

After telling his history, a comrade from FRAP drew a parallel with Clément Méric’s assasination by the fascists, showing that, unfortunately, the fight against facism is not over – that it isnecessary to continue to struggle against them.

We then put a red flag on his grave, and sang “Les Nouvelles Partisans” (a song of Dominique Grange) and the International.

After this commemoration at the cemetery, we continued to honor his memory by going together, old and young, to hold a discussion about the fight of Pierre Overney and his comrades, and about our fight today.

PIERROT, YOUR MEMORY IS ALIVE 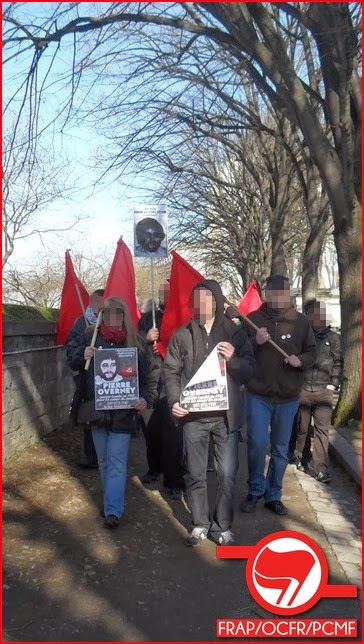 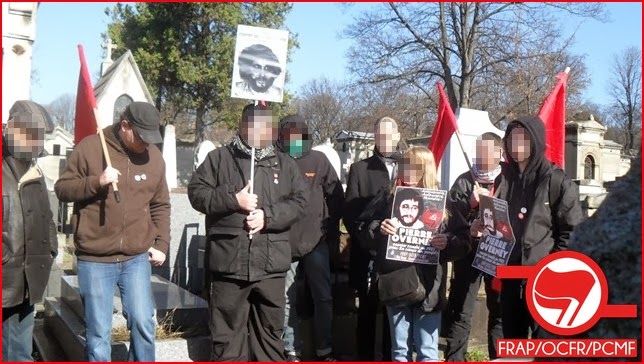 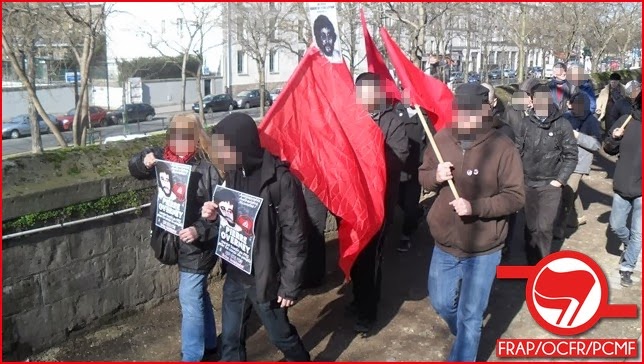 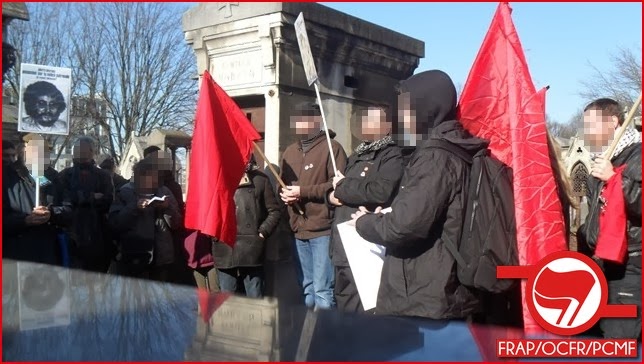 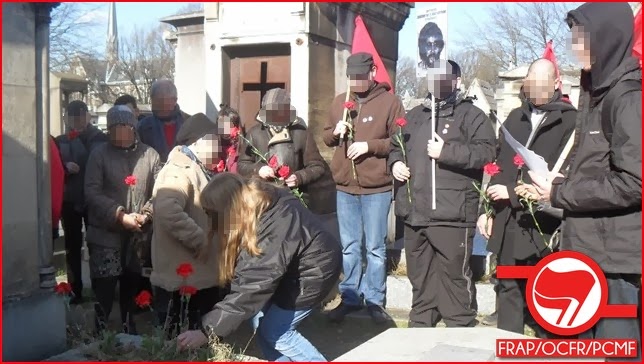 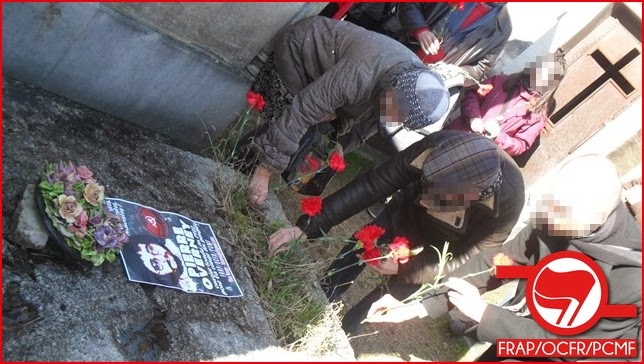 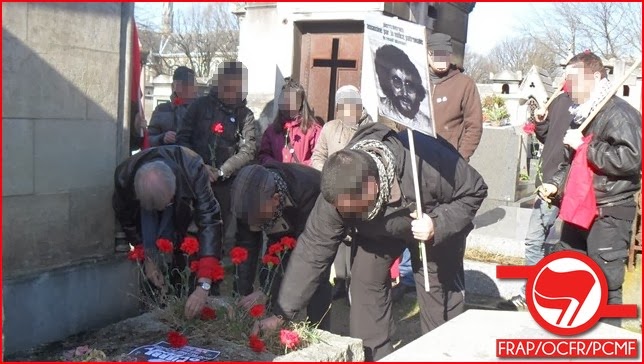 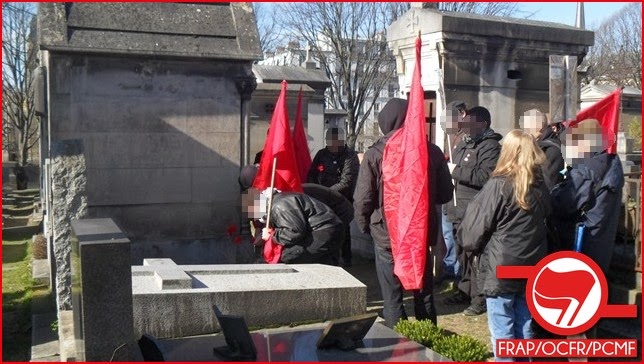 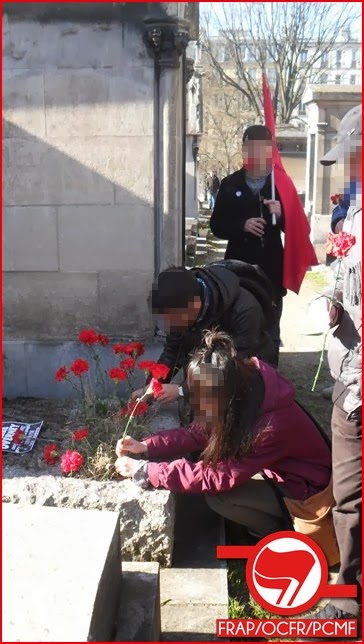 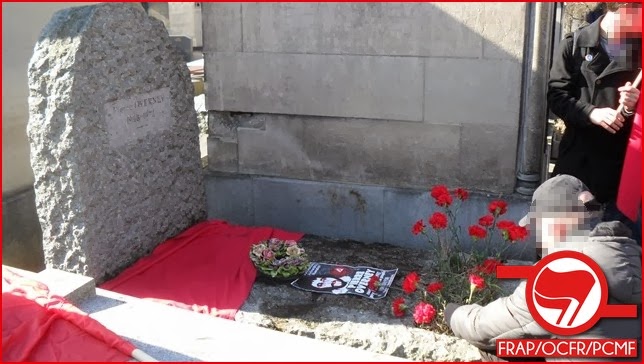 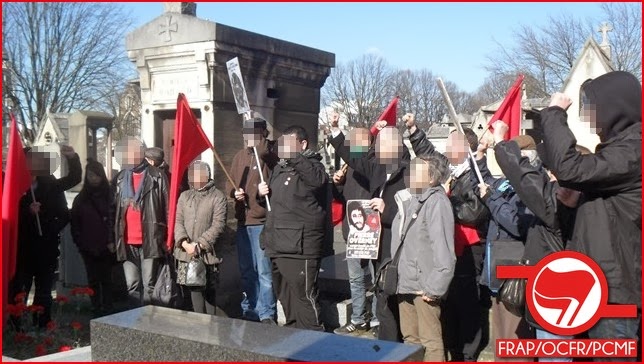 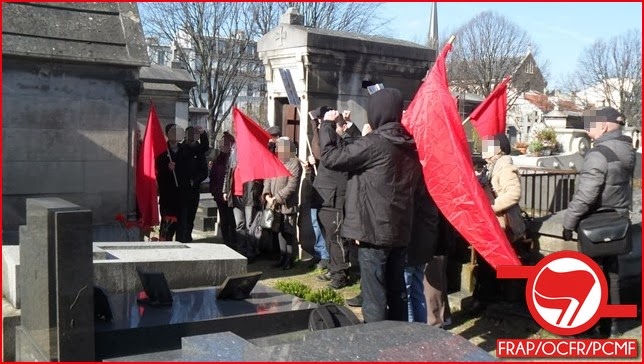 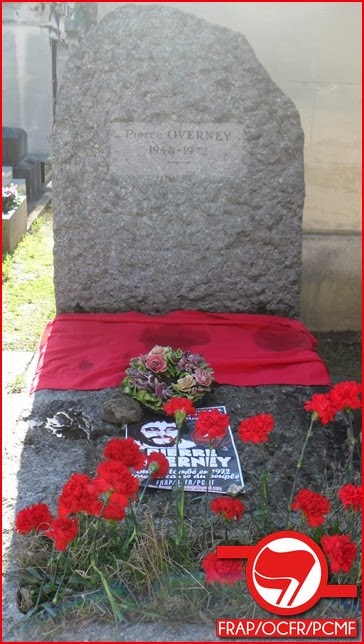 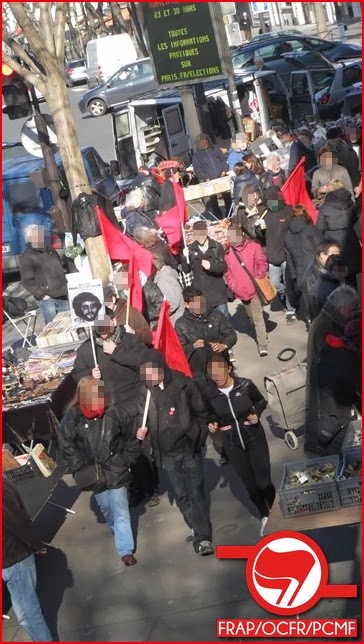 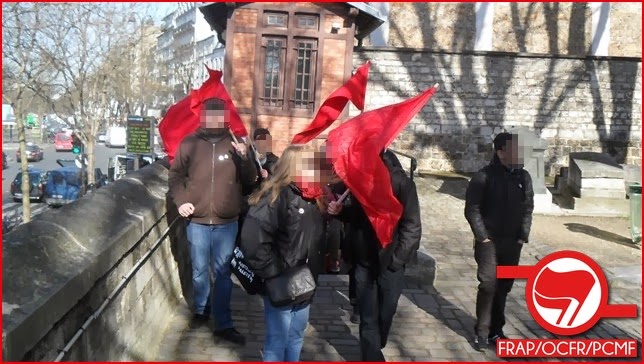 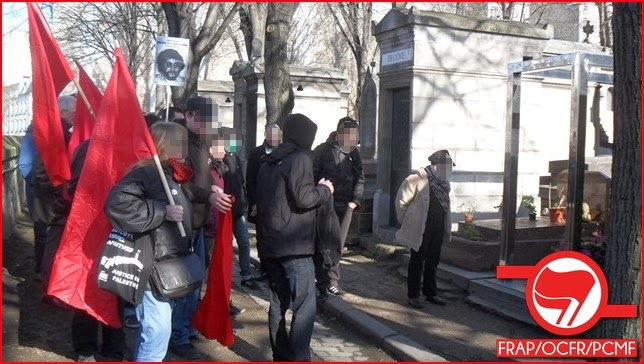 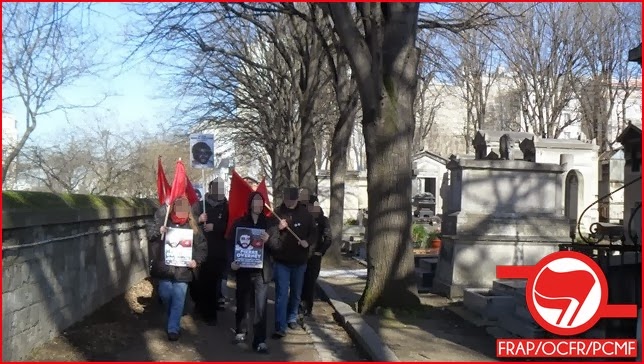