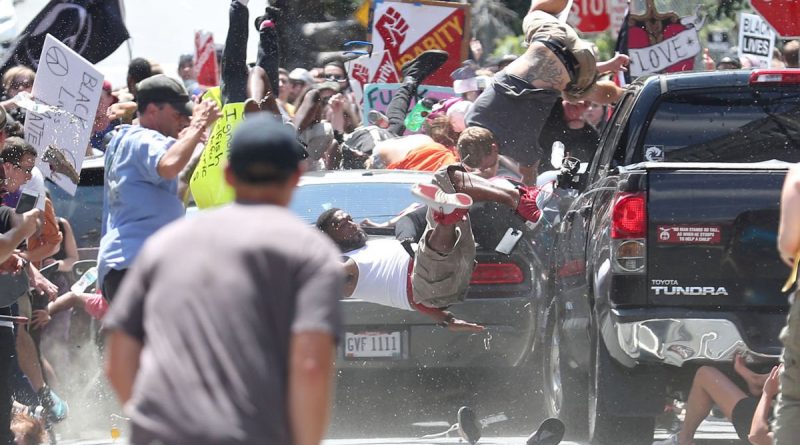 On August 12, 2017, a fascist pig rammed his car into a group of antifascists who were taking the streets. Reports are that 19 people have been injured and one person has been confirmed dead.

We do not yet know who died in the attack. But based on the fact that they were protesting fascists, one thing is clear: that person died a hero. From Charlotte, we salute their memory and their service to the people.

Today’s ‘unite the right’ rally marks the third fascist gathering in Charlottesville, VA in a matter of months. Where fascists are safe, they will escalate. Their presence alone is an escalation against the masses, especially Black and Brown people.

When fascist attacks are carried out, it can intimidate less active people away from protesting fascists. In fact, they want it to do that. These attacks act as a means of social control, because fascists want their power to grow. We must cast away illusions that today’s incident is an outlier and build sustainable power against fascists. We must also cast away any illusions that the police will ever protect the people from their fascist brothers. The capitalist state has materially encouraged fascist presence time after time not only in Charlottesville, VA but all over the US. The police stand with the fascists at their rallies. Their interests are similarly aligned.

This is not the first time a comrade has been murdered protesting white supremacy in the last year. In Charlotte there was another martyr who died serving the people, Justin Carr. He was murdered by the pigs while protesting the police execution of Keith Lamont Scott in September 2016. CMPD has framed another protestor for his murder. We must honor the life of the fallen comrade in Charlottesville and Justin Carr by fighting like hell to destroy the system that enables fascism to live. The system is capitalism-imperialism. Both the police in Charlotte and the fascists in Charlottesville murdered someone to try to send a message to the masses and consolidate their own power.

The cohesive strategy to fight fascism is threefold:

1.) Create a preventative force that can effectively get the prime recruiting ground of fascists to turn their backs on all fascists. This includes the white working class, petit-bourgeois white amerikans, and anyone that can be recruited by fascists in the US.

2.) Become militarized to combat their violence and protect our class.

3.) Build a strong revolutionary mass movement, led by an MLM party with proletarian politics in command. Fight for socialist revolution, and establish a dictatorship of the proletariat to deprive all power from these pigs.

These moments cannot become common. Our job is to protect and defend the masses while laying the ground for a revolutionary people to rise up and make history. We must draw the line in the sand. What happened today shows us that fascists will not stop, and neither can we.

SALUTE TO THE COMRADE WHO FELL IN CHARLOTTESVILLE!