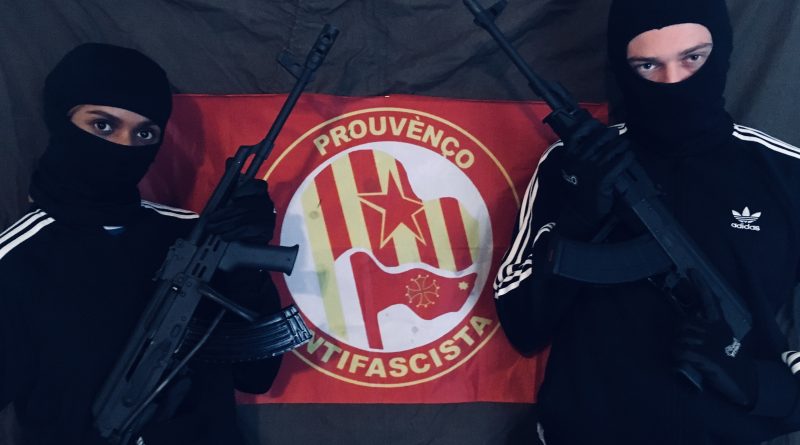 Antifascism is first and foremost internationalism. In the face of the narrow reactionary nationalism of the fascist enemy, antifascists the world over find common unity. In France F.R.A.P. stands as a great example of revolutionary antifascism which inspires us with their work. Not only do they stand against fascism in the streets but they have also embarked upon providing needed food service programs to the working class. Antifascism means self-defense and proactively serving the people!

F.R.A.P began as a revolutionary project the past year in the southeastern region of France which is called Provence and has seen steady momentum since then. F.R.A.P takes into account this region, its identity, language and its history of struggles when carrying out its antifascist work. Unlike many antifascist organizations F.R.A.P. does not see antifascism as merely a subculture but as service to the people. As a revolutionary front they link antifascism to the struggles of the masses which include housing struggles, workplace struggles, culture, education and health. Seeing antifascism as only a critical response to fascism is insufficient, so F.R.A.P. conducts work which can mobilize the masses against fascism. Members of Red Guards Austin and Three River Reds had the opportunity to meet with and learn from these comrades, our collectives hope to bring these lessons home and to implement them in our own antifascist struggles.

We express the deepest solidarity to the comrades of F.R.A.P. from the frontlines of the antifascist struggles in the United States.

Below is the English translation of the statement issued by F.R.A.P. which details the presentation which included members of Red Guards Austin and Three River Reds.