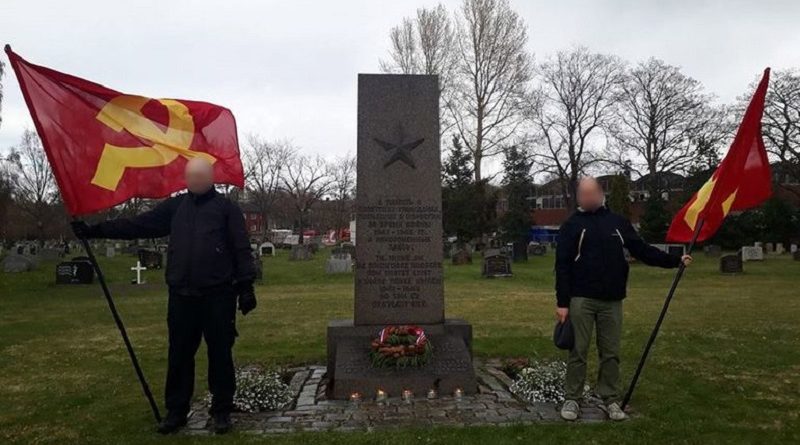 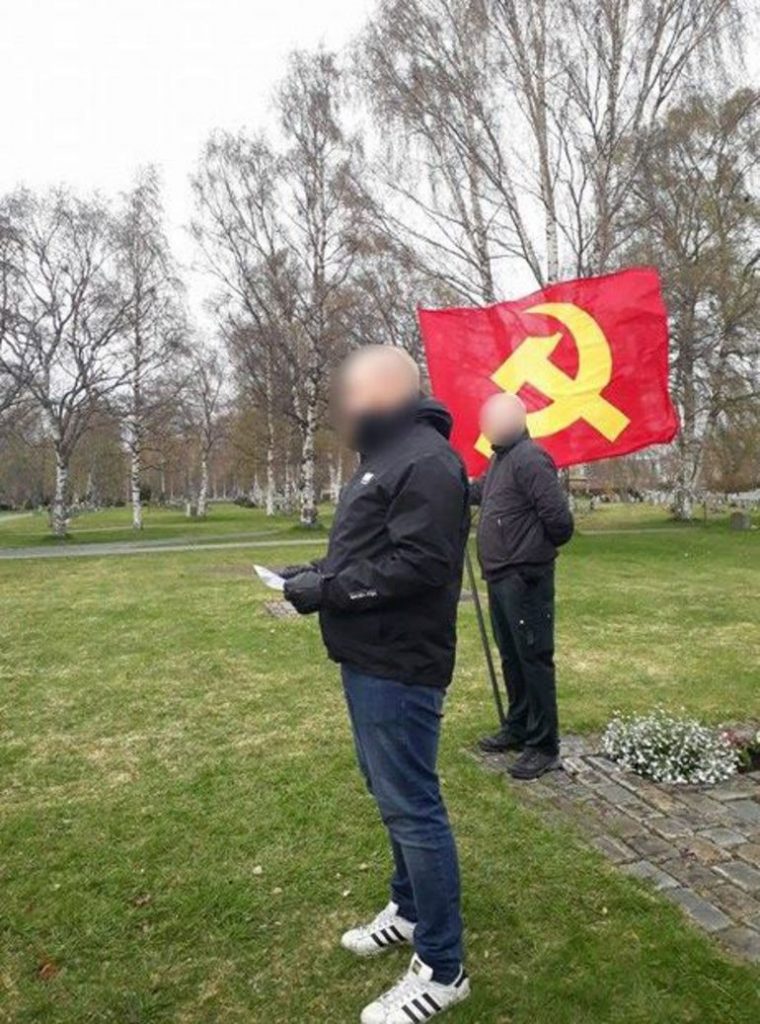 On the 8th of may, activists marked the liberation and victory day on behalf of Tjen Folket. The activists lit 5 red torches – 1 torch for every corner of the star in the flag of the red army. Others that had been there before the activist had put down flowers. A part of the speech that was held at the gathering:
“Vi mark the liberation day, victory day and the red army, here on the graves of soviet and yugoslavian war prisoners in Norway. No country received more war prisoners then Norway. 140 000 russians, poles and yugoslavs did slave labour on roads, railroads and airports. Over 15 000 war prisoners from the Soviet Union and Yugoslavia died in Norway. Still the war prisoners disappear from the collective memory of norway. The bourgeois state tries to make the Liberation day into a “Veterans day” – and use it to show of bomber jets of the same type they bombed Libya with in 2011, and bragging about norwegian contributions to the occupation of Afghanistan. They make shame on a day, that is supposed to mark resistance against occupation and fascism – by celebrating occupation and driving forward militarism. Therefore we mark resistance without compromise, against NATO, militarism and norwegian imperialist wars on this day”
“Eternal honor for those that gave their life, for socialism, fatherland and people freedom from fascism!”
The activists also visited the jewish graveyard and the monument for Trondheims victims of the nazi persecution and genocide on jews. 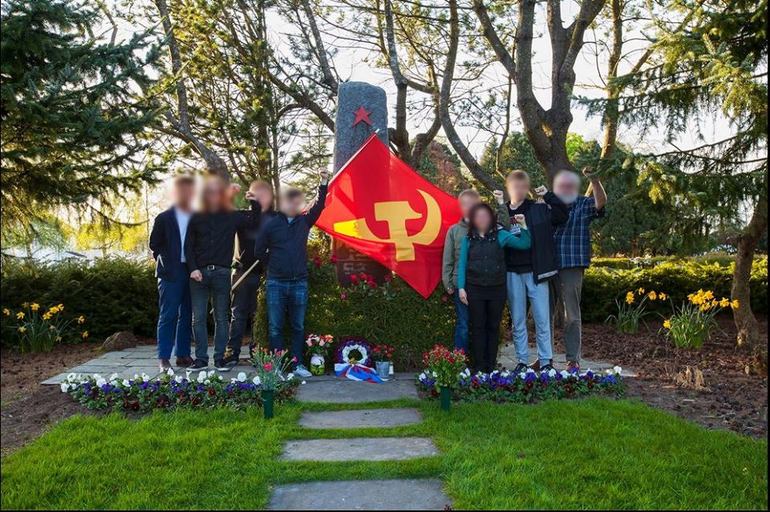 Tjen Folket marked liberation day, 8 of may 1945 from nazi germany, by the soviet graves on Eiganes graveyard in Stavanger.
All antifascists and democrats have a lot to thank the soviet union for. They took 80% of the cost to crush the nazi attempt at world conquest.