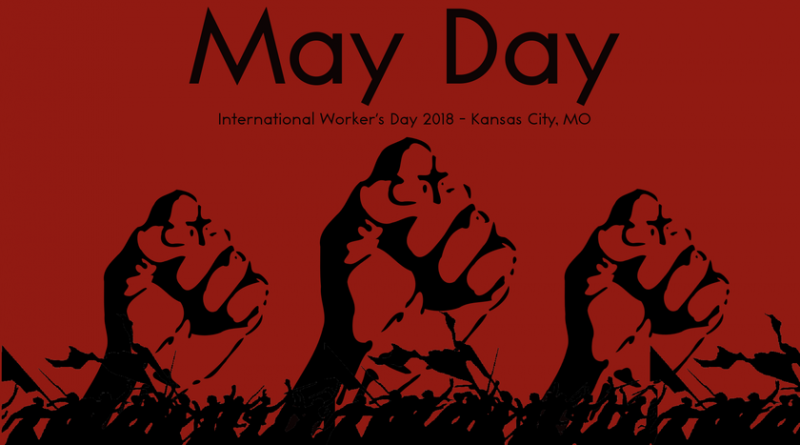 We are at a watershed moment. We stand at the edge of impending global and civil war, brought about by the swelling belly of imperialism reaching its end, and the disease of fascism rotting away any hope of a liberated and dignified future. We are at the door of the slaughterhouse, where the “land of the free” offers nothing more than mass incarceration, genocide, stratification now masked in urban development/beautification aka gentrification, police brutality, declining wages and increased cost of living, people dying in the winter from no heating, in the summer from food deserts, and poisoned water in cities where “leaders” are quick to quench only the thirst of their own greed.

We are watching our planet die, burned and constricted by massive deforestation, haphazard mining, pollution, and overconsumption all to increase corporate profit. Make no mistake; this is not the sign of a healthy economic and political system. This is not the sign of a world built on the promise of an equitable future. This is not the sign of the “End of History” where people all across the planet will shed all divisions under the reactionary lie of capitalist wrung social order. Make no mistake; we are witnessing a wounded rabid beast bleeding out, clawing at any it can reach with the full intent of dragging us to our graves. We are witnessing the death of an unsustainable system. We are witnessing the death of capitalism. And if we do not fight it, then this dying beast will push us towards our own extinction.

It is only in class struggle, the seizing of power by working class people from the bourgeois capitalists, will we bring forth a future of life and freedom. This class struggle is not a new phenomenon, but is bred from over a century of revolutionary proletarian practice.

We see its beginnings in Karl Marx and Friederich Engels great revelations on the destructive nature of capitalism and the necessity for materially analyzing how we create socialism of a scientific degree.

We see it in Vladimir Lenin’s fight against imperialism, the global expansion of capitalism, and his call to establish a communist party capable of seizing power from the state and waging global revolution. We see it in Josef Stalin, who advanced Lenin’s teachings of a socialist state and led the Socialist USSR against imperialism during the 2nd World War.

We see it in Mao Zedong, who led China’s peasantry in a series of wars against capitalist repression, Japanese Imperialism, and resurging bourgeois Nationalism. Who advanced the teachings of Marx and Lenin, further theorizing that a war against capitalist states must be a protracted process fueled by the masses and that class struggle would not end under socialism, but could only intensify as we fight to ensure our great leaps towards communism do not revert back to the restoration of capitalism.

And we see it in Presidente Gonzalo, who further synthesized the work and teachings of all the great leaders before marking Maoism as the highest stage of communist theory and waging a people’s war in Peru in the 80s that shakes the planet even now, displaying the universality and necessity of protracted people’s war. Marxism-Leninism-Maoism is the weapon given to the global proletariat, forged through the struggles of those before us. It is the weapon capable of ending the rabid beast of capitalism once and for all.

May 1st or May Day is a global holiday; a celebration of the working class people. It is on this day that we uphold the global working class, the proletariat, as the most revolutionary class capable of stopping the violent barbarism of capitalism. Finding its roots in 1886, when workers at the McCormick plant in Chicago defiantly refused to work in an act of solidarity with workers around the country going on strike for the right to an 8 hour work day without risk of pay cuts. Some of those workers would become martyrs in Haymarket Square, murdered by the cowardly police whose only interests are in preserving this brutal system for their own bourgeois gain.

In response, revolutionaries in Chicago led what was known as the Haymarket Riot, setting off bombs into the pen of pigs ready to brutalize more workers. The Haymarket martyrs lit a red flame in their passing, becoming a blazing emblem of working class militant power for revolutionaries throughout the globe.

We celebrate May Day, continuing the revolutionary militancy of workers around the world waging war to end the genocidal desire of capitalism. From the October Revolution in Russia, to the revolution in China, Peru, and those being waged in India and the Philippines, we extend global solidarity to all comrades fighting against imperialism and capitalism for true democratic revolution and communism.

We extend our greetings and solidarity to comrades of Red Guards Austin, Red Guards Los Angeles, Red Guards Pittsburgh, Red Guards Charlotte, Red Path Collective-St. Louis, and Revolutionary Association of Houston, and all dedicated anti-fascists in the prison-house of nations we call the United States this May Day. And we call upon all revolutionaries to join us as we celebrate a militant May Day in Kansas City. It is through class struggle that the proletariat will wage a revolutionary war for our collective future, a communist future. We must then celebrate May Day as a militant display of that commitment, showing the world the revolutionary power of the proletariat.

Cast aside all illusions and build towards a Maoist revolution!

Build up Red May Day in Kansas City!