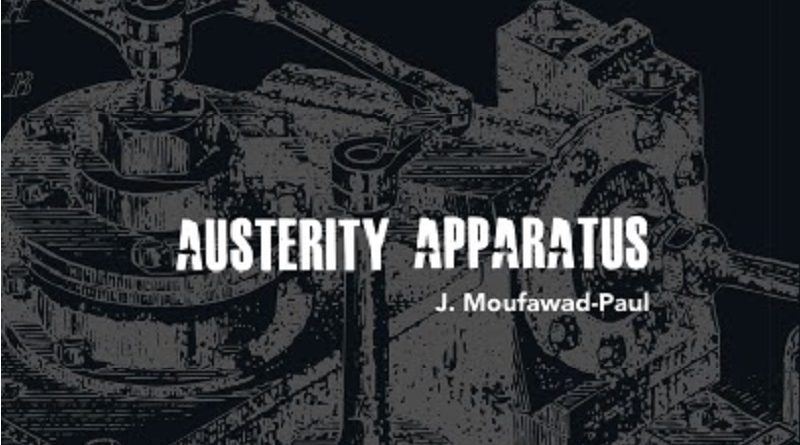 Canada Imperialist States Theory
April 11, 2017 C. Kistler Austerity Apparatus, J. Moufawad-Paul
In To Our Friends the Invisible Committee writes: “Historically, the anti-globalization movement will remain as the first attack of the planetary petty bourgeoisie against capital––a touching and ineffectual one, like a premonition of its coming proletarianization.” (223-224) Back in 2014 I wrote The Communist Necessity as a critique of the movementism that, following a sequence from the anti-globalization movement to Occupy, was enshrined as dogma amongst the first world left. The Invisible Committee’s earlier work was a defense of this dogma. My argument then was that this movementism was indeed the manifestation of a petty-bourgeois politics on the part of a privileged first world social class that was about to face an economic crisis that would drag it down to the level of the proletariat. It is thus interesting that the Invisible Committee has since recognized the “ineffectual” nature of the opening chapter of movementism approaching closure with a “coming proletarianization” that is more assured than the mythical “coming insurrection.”

In the face of a discourse that maintains the “proletariat” is an agent of the past, and that the economic crisis that began in the first decade of the 21st century has not succeeded in undermining the first world labour aristocracy, even the staunchest movementists recognize that “[w]hat was obvious to the limited circles of politicized creatures is now fragrantly evident to everyone.” (224) That is, the economic crisis “expropriated the custodians of that critique” and “the anti-globalization movement has dissolved into reality.” (224-225) But whereas some of understood that proletarianization and the dissolution of the movementist critique through the crisis represented a conjuncture where a new return to programmatic politics would be necessitated, the Invisible Committee worked hard to keep its movementism in the face of this transformation: fragmentation and decentralization are religiously upheld; practical and theoretical unity remain disparaged. Even in the face of a transformed reality that demands a transformed politics some remain unwilling to give up the monotonous and ineffectual practices of movementism.

It is in this context that my upcoming book, Austerity Apparatus, operates. Whereas The Communist Necessity [TCN] was an extended introduction (or “prolegomena”) to my more rigorous Continuity and Rupture [C&R], the geography charted by Austerity Apparatus [AA] might be an extended afterword. In TCN I critiqued movementism and argued for a “new return” to a revolutionary project that takes its cue from world historical revolutions. In C&R I explored the philosophical dimensions of this “new return” that was theorized as Marxism-Leninism-Maoism. In AA I locate this necessity in the context of crisis ideology as the motivation for a “partisan war machine” (that is, a Maoist party of a new type) that is the only thing capable of claiming the conjuncture. Thus my first three books form a kind of trilogy with the largest and rigorous one, C&R, book ended between two small interventions. 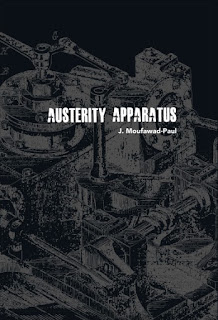 In less than a month Austerity Apparatus will be released and it will hopefully function as a similar intervention as The Communist Necessity though one that is less polemic and more creative. It might be best to explain AA’s distinction from my other two books in terms of genre. TCN was a polemic because, as an introduction/prolegomena, it was intended to clear the ground, draw coherent lines of demarcation, and motivate an exploration of a “new return” to a communist programmatic politics in the face of movementist fragmentation. C&R was a rigorous and sustained philosophical investigation of this new return, conceived and written in a sober manner, designed mainly to describe the meaning of Maoism and why it possessed the logical right to be the consummation of the type of politics demanded by TCN. Following these two books, AA is conceived according to a different genre register: it is a series of extended theses about the crisis conjuncture, a creative and open exploration of a state of affairs that ping-pongs between neoliberalism and fascism, where the reformist ideology generated by the crisis can only be undermined by the kind of politics outlined in C&R. Rather than a polemic or a rigorous investigation Austerity Apparatus is an extended meditation about the ideological context of the imperialist metropoles in which revolution needs to be made.

Whereas The Communist Necessity indicated that the process of proletarianization would necessitate a return to a revolutionary sequence that was side-lined by movementist default anarchism, Austerity Apparatus examines the possibility of this process in the context of a capitalist ideology that is structured to hide and/or recapture proletarianization. Unfortunately both of these books concern political practice in the imperialist metropoles and thus are probably not useful for comrades struggling in the global peripheries. Continuity and Rupture is thus different in this regard from its book-ends since it is about Maoism in general and its applicability everywhere. But the reason why C&R is sandwiched between two books that concern the “first world” is because I live, work, and organize at a centre of capitalism. Whereas C&R is a universal intervention, its book-ends partially function to particularize Maoism in the concrete situation in which I exist. Such a decision is not meant to undermine the important revolutionary struggles in the peripheries that provide my own analysis with theoretical foundations but only to practice what every organizer should: the particularization of praxis to the social context in which one lives and seeks to transform.

As a more creative and meditative kind of genre than my previous two books, I’m proud to say that Austerity Apparatus possesses advanced endorsements from two writers I respect. One endorsement was written by Colleen Bell, an academic and expert on securitization I greatly respect (and who I quote in the book), who gets that this book is intended as an organizational device and lauds this fact. The other endorsement is by Benjanun Sriduangkaew, a controversial but critically acclaimed SFF author, whose endorsement I hope will bring an interesting audience overlap (it’s also quite exciting for me, being a long time fan of SFF, to have one of my favourite contemporary SFF authors read and blurb the book). A radical academic and a radical genre author: if these two were merged into a single entity that was a book it would be Austerity Apparatus.