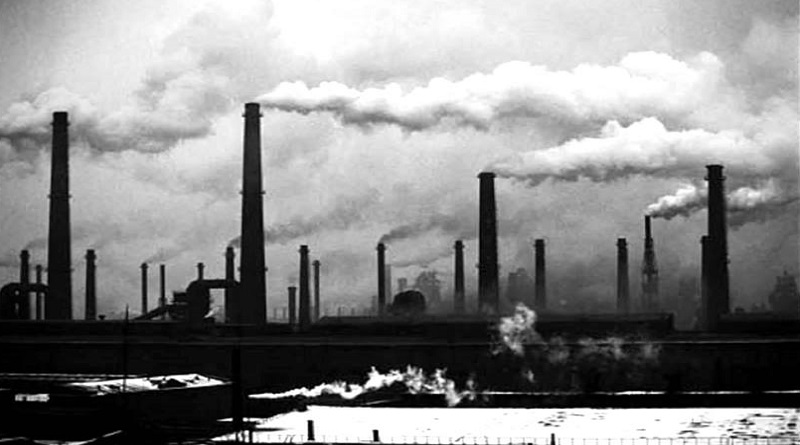 Capitalism has a long history of exploiting the natural environment in its ruthless pursuit of profit. Environmental “sacrificial zones” abound everywhere that natural resources have been available for the capitalist class to plunder, both here and abroad. And the Atlantic Provinces have not gotten off lightly, contrary to the rosy impression that our tourism industry likes to project.

Historically, we have witnessed the unchecked deforestation of public land in New Brunswick by private interests; the decimation of Newfoundland’s offshore cod stocks due to short-sighted greed and mismanagement; a mining industry which transformed Sydney, Cape Breton into a world-class environmental disaster area with its infamous “tar pond” pushing cancer rates to almost twice the national average by the late 90’s.

Here as elsewhere, economic development and environmental exploitation have always gone hand in hand, and it is the working class who bears the heaviest price for it.

But resistance is growing.

Opposition to the fracking of shale gas continues to be extremely pervasive throughout the region, especially in New Brunswick where memories of the armed standoff at Elsipogtog are still fresh.

The sudden expansion of glyphosate spraying by forestry companies in Nova Scotia – in spite of grave warnings from the scientific community – has aroused fierce opposition and a massive social media campaign.

Plans by Alton Gas to expel their toxic brine from subterranean caverns into the pristine Shubenacadie River have provoked an especially strong response from the Mi’kmaq communities who will be most directly affected, and who are currently employing periodic blockades at the proposed site.

Grassroots campaigns also continue against planned underwater power turbines in the Bay of Fundy, against outdated coal-fired generators on the mainland, against the buildup of toxic black sludge in the tap-water of vulnerable rural communities. Here as elsewhere, the list goes on and on.

But so does the underlying problem.

The campaigns mentioned above are achieving some measure of success. Public awareness is being raised. The corporations responsible for these crimes against the environment and the lackey politicians who protect them are being called out for it and publicly shamed. Some are facing legal challenges. Many of their so-called “developments” are being stalled as a direct result.

We must support these struggles.

But we must also understand that shaming and stalling are short-term victories at best. For monolithic companies like Irving and Alton Gas, these are only temporary setbacks, mere annoyances for the bourgeois class they serve.

Reformists everywhere would have us believe that incremental advances in defense of the environment will eventually lead us clear of the suicidal path we are on as a species, with “sustainable development” bringing us into some kind of magical equilibrium with the natural world.

And yet these constant advances over the past five decades have done nothing to avert the catastrophe of global warming, the loss of thousands of species and sub-species of flora and fauna, the slow collapsing of the complex ecosystems upon which life itself depends.

Meanwhile, the profit imperative of the “free market” still dictates environmental policy for every liberal bourgeois democracy on the planet, including our own. Unlimited growth and market expansion are still the rule of the day. This will continue to be the case, in spite of all their hand-wringing and flowery speeches to the contrary.

Make no mistake about it, comrades. The fundamental contradiction between capitalism and the natural environment cannot be resolved through market reform. Such reforms are nothing but temporary, stop-gap measures at best.

True and lasting victory in defense of the environment will only be achieved with the dismantlement of capitalism itself.