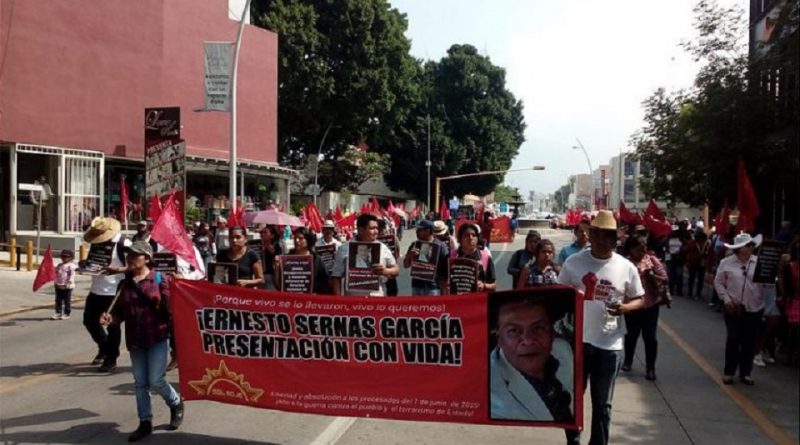 Our comrade, Ernesto Sernas García, has been missing since the 10th of May 2018. The culprit is the old state of Mexico which is struggling to keep up its bourgeois-democratic mask. Loyal to the practice it has taken as its habit, it has disappeared our comrade, because he had succesfully defended those accused of “terrorism”, bringing shame to the butcher state in its own justice theatre. He has defended the 23 servants of the Mexican people, who the enemy has named as leading members of the People’s Current – Red Sun and claimed that they have possessed explosives of the bourgeois-landlord army on the 7th of June 2015. Last Spring, when the case was reaching a turning point with evidence in defence of the imprisoned, the Mexican reaction employed its familiar method which it couldn’t do at the show trial.

On the 15th of May 2018, relatives and friends presented their demand to the press: “You took him alive, so present him alive.” This was followed by powerfull protests, with their slogans in demonstrations and painted on walls: “Present him alive and punish the guilty!”, “Long live the international communist movement!”, “Death to imperalism!”, and “Long live Maoism!”

Because of this also an international solidarity campaign was launched, which the international communist movement has joined. Also the Red Flag wants to express its sympathies for the struggle of the real revolutionaries and for the demands of the progressive masses in Mexico, and make them known among the working class of Finland.

With the Red Sun the people will win!