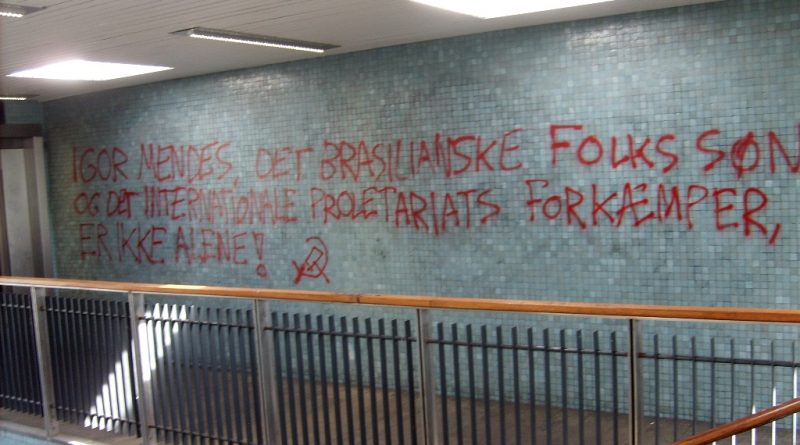 The action to support Igor Mendes and «the 23», who have received prison in Brazil because of their heroic and brave struggle against the wastefulness of the old and rotten-to-the-core Brazilian state under the FIFA World Cup of 2014, was carried out by activists from Red Study Circle under the political leadership of «Gnisten» [The Spark]. The action has improved the practical level of the activists, serving the international campaign to support Igor Mendes and «the 23».

Igor Mendes, son of the Brazilian people and fighter of the international proletariat, is not alone!

Long live the reconstitution of the Communist Party of Brazil!

Struggle for the refounding and reconstitution of the Communist Party of Denmark! 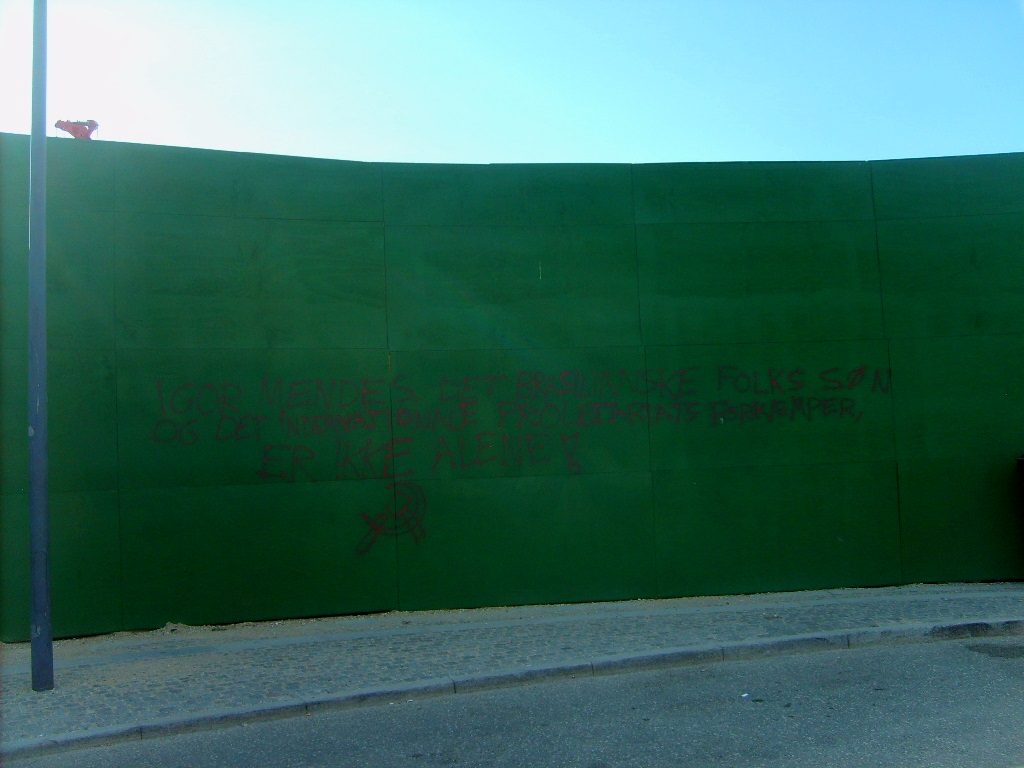 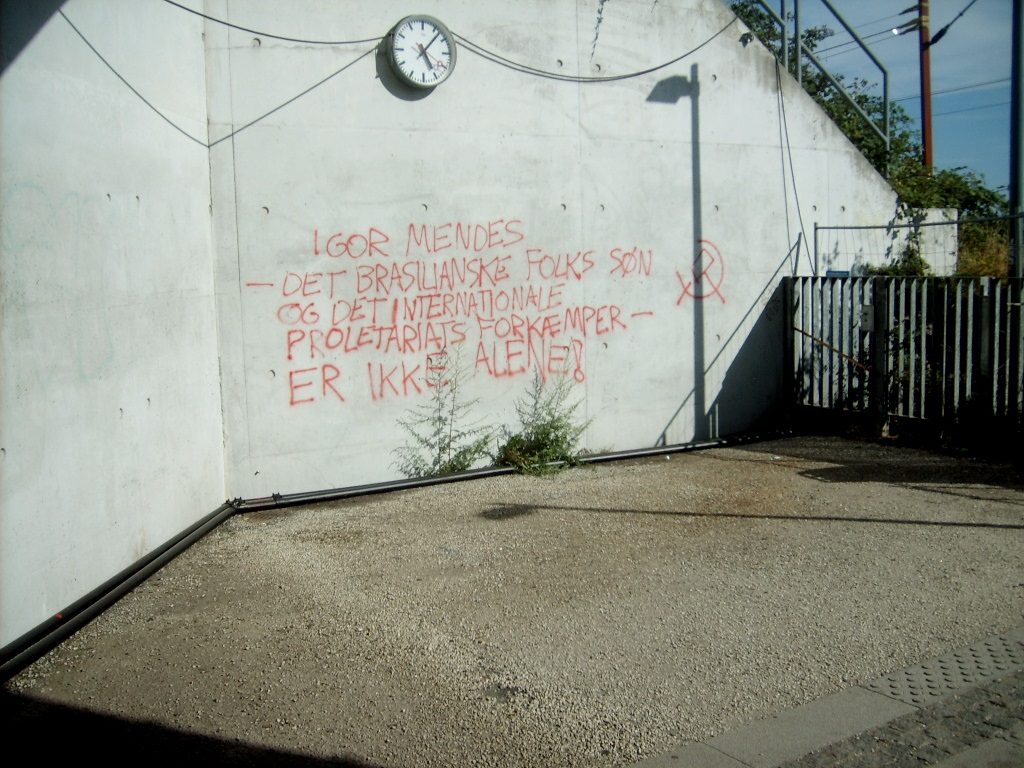 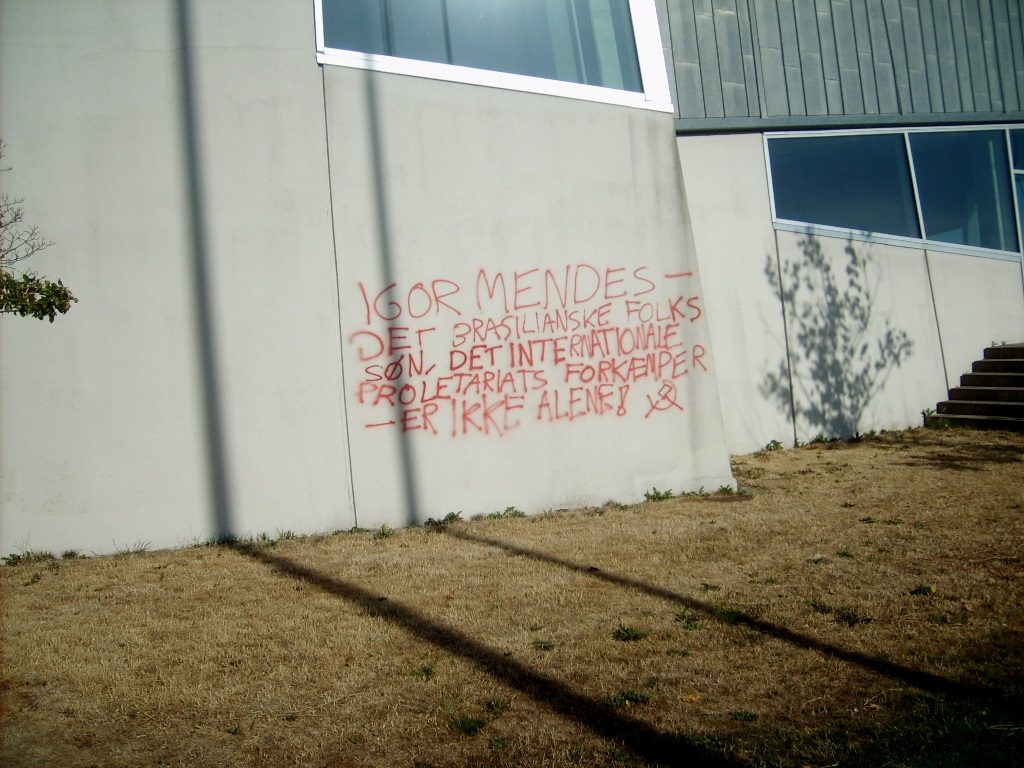