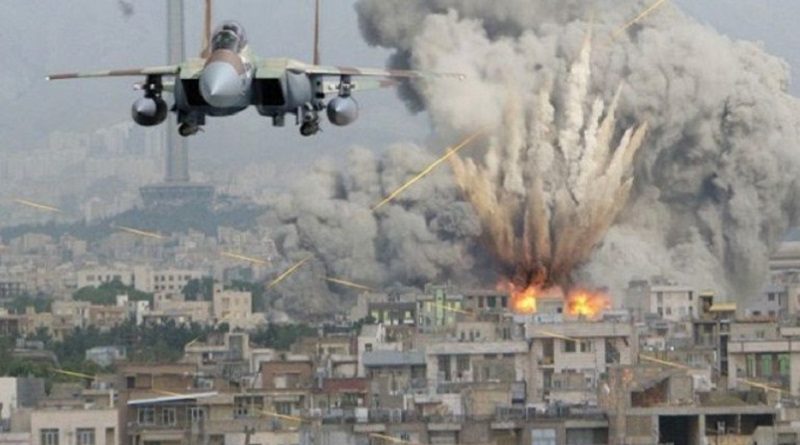 The US, UK and France attacked several targets in Syria tonight (as of 14th of April, 2018). This could be the start of a major scale war in the region.

Iraq, Afghanistan and Libya are all countries that have been plunged into chaos after being ravaged by imperialist wars. Attempts at bringing “democracy” to these countries have ended in the complete breakdown of society and left the innocent civilian population in poverty, desperation and humanitarian crisis. The same will now also happen in Syria, where the people are already ravaged by years of civil war.

Why are western countries bombing Syria?

Many fall for the rhetoric about the war on Syria being necessary for removing the Assad regime. It’s easy to fall for, because the Syrian regime has oppressed its own people for decades and smashed any opposition. However, it is the Syrian people themselves who should be responsible for removing the oppressive regime and liberating themselves.

The Norwegian government will wholeheartedly support the bombing, and will also support the total war against – and complete destruction of – Syria. This makes our government war criminals. Any resistance against the war in parliament will likely be very weak. The hope lies in popular opposition.

We want Norway to withdraw from NATO and withdraw all support for bombings and acts of war in other countries. We want a free Norway that doesn’t trample on other people, but instead supports the millions of people in the world struggling for real peace and freedom.