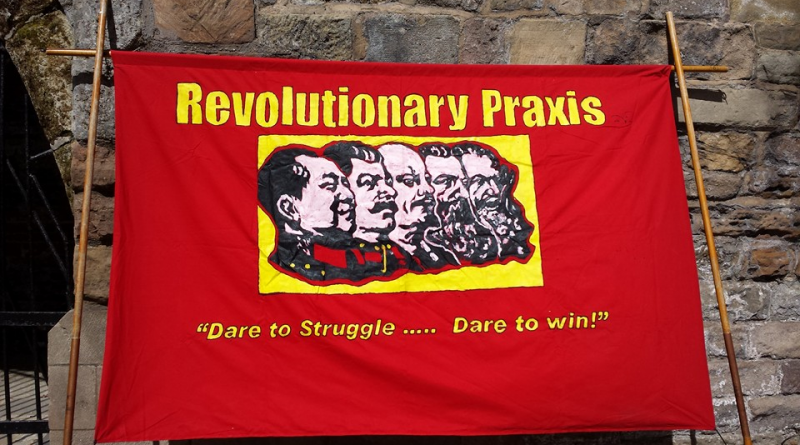 May 2016 marked the 50th Anniversary of the tumultuous Great Proletarian Cultural Revolution in China. Launched in 1966 by the Chinese Communist Party under the leadership of Mao Tse-tung.
This was an incredibly important movement, which took China further down the path to Communism than any other socialist country had been.

The victory of the oppressed Chinese people led by the Communist Party in 1949 had led to the rapid development of their society. However they experienced problems which had also occurred in the USSR in the building of socialism. Mao and some of his co-thinkers had come to realise that despite the socialisation of production, collectivisation of agriculture and economic planning, capitalist relations and methods had not been eradicated in China but were in fact gaining ground and threatening to take over as had occurred in the USSR.

Not only was this due to the inevitable survival of small scale capitalist enterprises, individuals and habits, but it also came from the promotion of capitalist ideas and values within the Communist Party itself. Mao had said that everyone is a product of the class society they grew up in, and therefore there is always some degree of these ideas remaining and festering. The role of revolutionaries is to struggle against them using criticism and self-criticism and expose those in authority taking the capitalist road and struggle against them. The arts, theatre, literature, music, customs and habits of a society are as important as the economic base in forming the relations of society, and if they do not coincide with the new property relations then a transformation back to capitalism could take place as happened in the USSR and Yugoslavia.

The Cultural Revolution began in education, the Chinese education system had been modelled on Soviet and Western education systems which enforced and encouraged hierarchy, obedience and competition which would create a fertile ground for capitalism. Students who wanted to take society forward to develop socialism toward communism took the first bold moves to oppose the old order of things. At Peking University the students and sympathetic teachers went on strike, exposed the teachers and Party members who were taking the capitalist road and seeking privileges. They expressed political debate through big character posters. Mao and the Party central committee fully endorsed their rebellion and the revolution soon gripped the whole of China.

In the process of the struggle the youth formed themselves into Red Guards. As well as carrying out class struggle the Red Guards organised the study of revolutionary theory of Marxism-Leninism. In 1967 the old Party authority in Shanghai was overthrown by the genuine revolutionaries and a new Revolutionary Committee was formed with the participation of workers, soldiers and students of the city. Mass democracy and debate were organised and intellectuals and scientists were sent to the rural areas to teach peasants about technology and medicine, and peasants went to the cities to teach about farming methods.

The Cultural Revolution was a great moment of liberation. However after 10 years the capitalist readers became victorious in China, they regained authority, indeed Mao had warned his closest allies that they were on the verge of taking power a year before he died. Under Den Xiping China went along the road of capitalist restoration and from being the most equal society in the world in 1976 it now has vast inequality and is dominated by billionaires. Today the Chinese authorities are attempting to prevent celebrations for the anniversary.

If revolutionaries carefully study both the successes and the setbacks of the Chinese Cultural Revolution then we are more likely to be successful in future attempts to bring about socialist transformation.

Long live the memory of the Cultural Revolution!