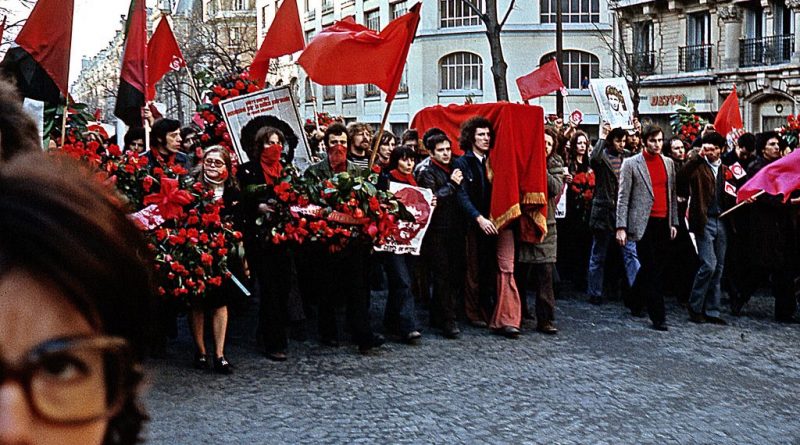 In the tradition of previous years, to pay homage to Pierre Overney is not to dwell on the past but to take the legacy of the revolutionary movement in our hands. We are not nostalgic. Among us, there are young comrades who would have never heard of the Gauche Proletarienne, the story of Pierre Overney, if our elders hadn’t passed down their memories. Today, we are moving forward with this legacy that neither school nor the media has passed on to us. 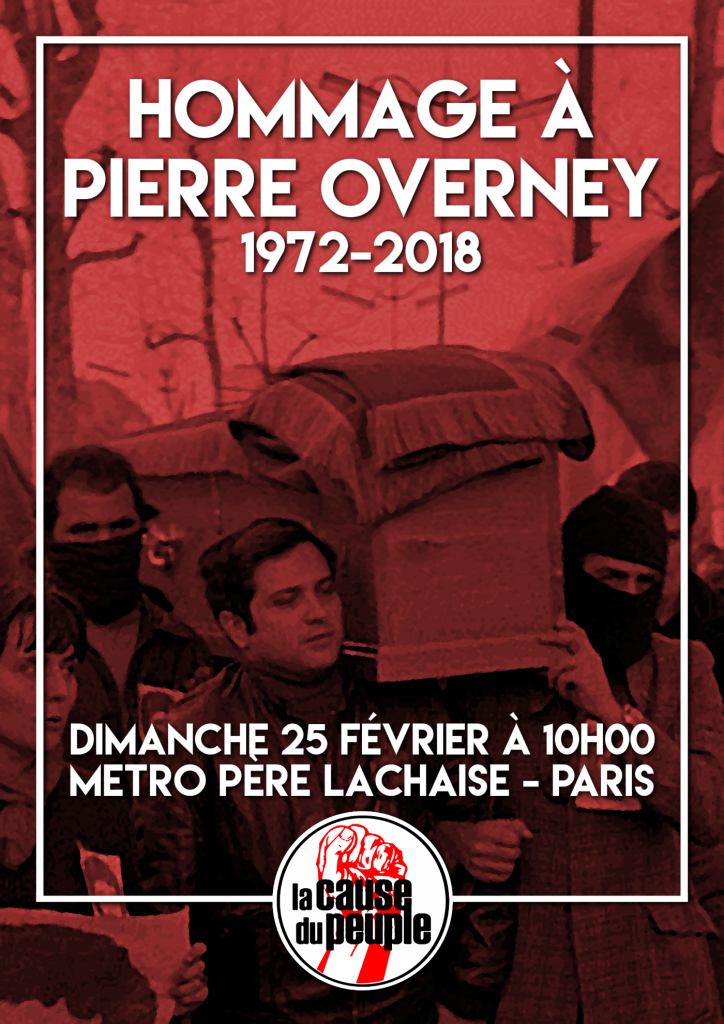 The murder of Pierre Overney by Tramoni in front of the Renault Billancourt factory on February 25, 1972 has a particular resonance this year, because of our Comrade Pierre’s death. He is the one who passed on this legacy to us and enabled the annual tradition of Pierre Overney’s public tributes to endure.

To put aside our history of struggle, our revolutionary history, would be to isolate the struggles of resistance that flourish wherever a factory closes, police violence rages, evictions continue, and where exploitation and domination assert themselves with ever greater strength. And this revolutionary history is not, as the bourgeois parties would have us believe, limited to 1789. Our revolutionary history is much broader than one of national borders, because the working class is an international class; is also remains to be written, because we still must make revolution.

And to do so, we rely on the glorious legacy of the Paris Commune, the great strikes of ’36, the anti-fascist resistance, May ’68 and its continuity through movements such as the Gauche Proletarienne. More recently, the struggles against the CPE, the revolt of the banlieues, and the fight against the Labor Reform carry within them the premise of the general movement that will set the country ablaze.

But we also see beyond our borders and look carefully at the most advanced revolutionary movements at the moment: the People’s Wars led by the Maoist Communist Parties. Whether they were important a few years ago, or if they are still growing or in preparation, our eyes are on Peru, Turkey, Nepal, Philippines, Afghanistan, India, Brazil…

Celebrating the memory of Pierre Overney today is to have both feet in the present, while bearing on our shoulders our legacy, with our eyes turned resolutely towards the future.

Celebrating the memory of Pierre Overney is to assume the legacy of the workers’ movement, from the Paris Commune to current struggles. The connection is made obvious in the Père Lachaise cemetery, where the Communards were shot, where our Comrade Overney is buried and where the ashes of our Comrade Pierre are scattered.

The Cause of the People for which Pierre Overney fell is not dead!

The Paris Commune is not dead!

To pay tribute to Pierre Overney is to continue his fight!

Tribute to Pierre Overney
Sunday, February 25, 2018 at 10am at Père Lachaise metro station