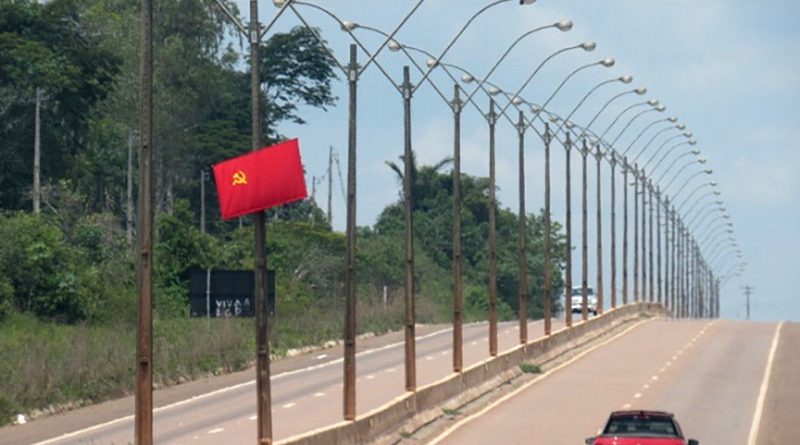 History of hard struggles between revolution and reformism, between Marxism and revisionism

March 25, 2018 marked the 96th anniversary of the founding of the Communist Party of Brazil (PCB). Inspired by the Great October Socialist Revolution and the inauguration of a New Age of Humanity – the era of the world proletarian revolution – the Brazilian proletariat set out on the arduous and prestigious task of establishing its revolutionary party, the Communist Party.

Throughout its career, several of its heroic deeds stand out. Among them, the 1935 Popular Armed Uprising, which was the Party’s first attempt to assault the heavens, 13 years after its founding. Another landmark was the split with the revisionist group of Prestes and the reconstruction of the Communist Party of Brazil (PCdoB) in 1962, when it truly constituted itself as a Marxist-Leninist party, 40 years after its founding. And, finally, the glorious Araguaia Guerrilla, when, approaching Mao tsetung thought, it proposed itself to the task of initiating the People’s War in Brazil.

With the defeat of the Araguaia Guerrilla and the brutal Chacina da Lapa, in which the leaders Pedro Pomar, Ângelo Arroyo and João Batista Drummond were assassinated, the left pole in the Party suffered heavy losses, creating the situation for the abandonment of the party’s revolutionary line of protracted people’s war. João Amazonas and his revisionist clique, sabotaging the fair balance of the Araguaia experience, led the coup to liquidate the Communist Party of Brazil as a revolutionary party, giving rise to yet another revisionist organization, under the acronym PCdoB.

Today, the different acronyms PCdoB, PCBrasileiro, PCR, etc., unite with the same program of a revisionist and electoral bent. According to the publications of the Nucleus of Marxism-Leninism-Maoism Studies (NEMLM) sent to us, the “Communist Party of Brazil, in clandestinity, led by its Red Fraction, through hard two-line struggles, has been developing the process of its reconstitution as true and authentic Marxist-Leninist-Maoist communist party, a militarized communist party, for 20 years. This period corresponds to the second phase of the third stage of its history, based on the hard struggles against opportunist lines of right and ‘left,’ mainly of the revisionist right in its entire history, and in the assimilation and theoretical and practical incarnation of the third, new and superior stage of the development of Marxism, Maoism.”

As described by the NEMLM, “this third stage of its history, with the rebuilding of the PCB and the complete victory over revisionism and all opportunism, will open its fourth stage, as the Marxist-Leninist-Maoist Communist Party of Brazil, with the unleashing of the open struggle through protracted people’s war for the New Democratic Revolution, uninterrupted to Socialism, serving the World Proletarian Revolution and towards the shining Communism.”