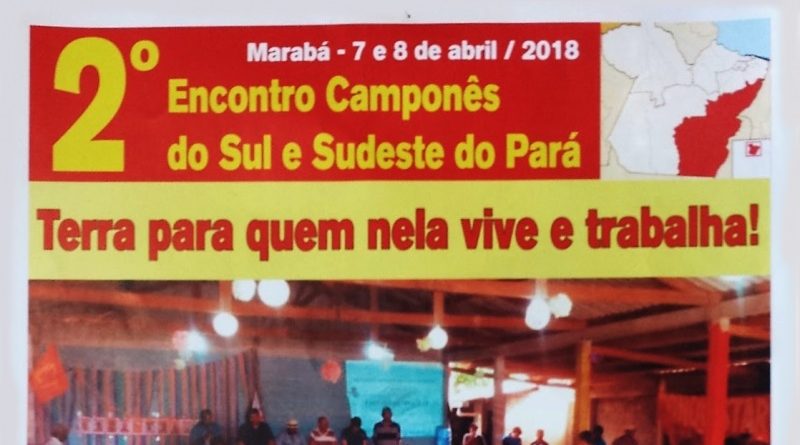 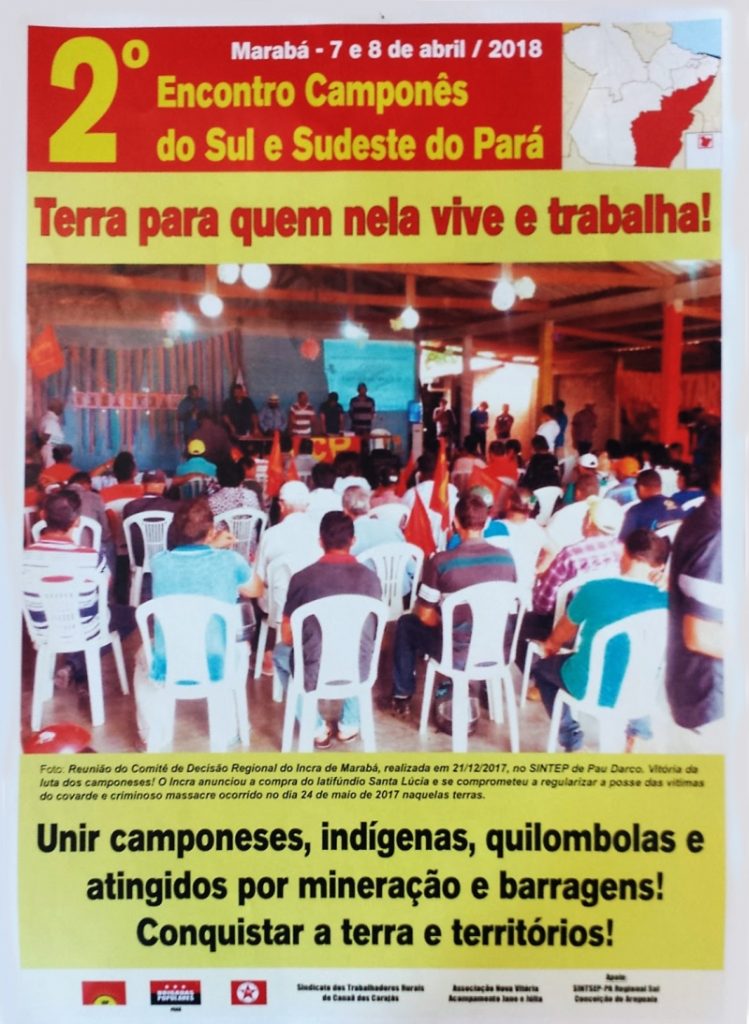 The LCP calls all to participate in the 2nd Peasant Meeting of the South and Southeast of Pará in Marabá, on April 7 and 8, 2018.

Join peasants, indigenous and quilombolas! With the support of the workers and other workers of the city! Sweep all this garbage of corruption, misery, injustice, exploitation, oppression and genocide, to conquer New Democracy and New Brazil!

2nd Peasant Meeting of the South and Southeast of Pará
Marabá – April 7 and 8 / 2018
Land for those who live and work on it!

Photo: Meeting of the Regional Decision-Making Committee of Incra de Marabá, realized on December 21, 2017, at SINTEP of Pau Darco. Victory to the struggle of the peasants! Incra announced the purchase of the latifundio Santa Lúcia and committed to settle the property of the victims of the cowardly and criminal massacre which took place on May 24, 2017 on these lands.