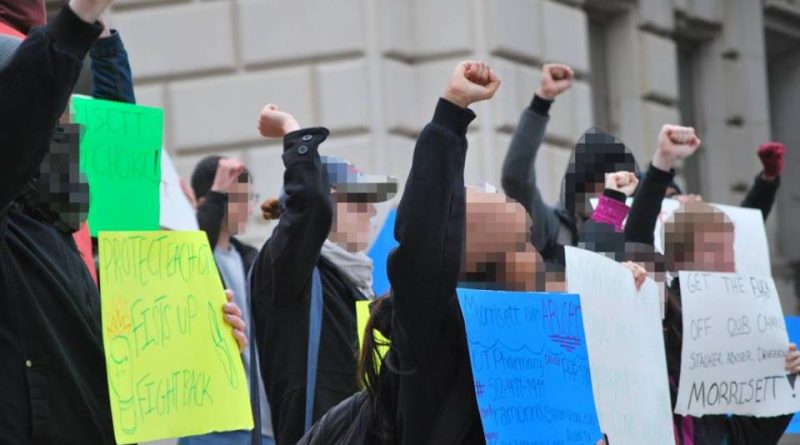 International Working Women’s Day has been celebrated on March 8 for 100+ years, started by anticapitalist, anti-imperialist revolutionaries who knew that emancipation for the global working class must include the struggle against the specific oppression of working-class women and all working people oppressed by patriarchy. This struggle, called proletarian feminism, can mean nothing other than a movement to cultivate the women of the masses undergoing radical transformation to become trained & armed revolutionary soldier-politicians and leaders who have reclaimed revolutionary violence and strike terror into the heart of abusers and exploiters everywhere, aiming for nothing short of the destruction of the irrevocably patriarchal capitalist class.

The capitalist establishment has tried to steal this day to rebrand it “International Women’s Day,” gutting the revolutionary essence, poisonously trying to lure working-class women to serve their enemy, the imperialist capitalist class.

When these sellout pro-capitalist “feminists” say they are for women “internationally” they mean they support brutal U.S. imperialism abroad and internal colonialism to heighten the exploitation of working women everywhere. True feminism means the destruction of the U.S., which is both the world’s largest imperialist butcher and a prisonhouse built on genocide that will be shattered through the liberation struggles of Black, Chicano, indigenous, Puerto Rican, and other people.

We know the only true feminism means working-class women’s participation in and leading a growing war against their class and gender enemies—a feminism that knows patriarchy can be destroyed not through reforms or other #pressforprogress bullshit but by force as we #rebelforrevolution—a feminism that promotes women’s reclamation of revolutionary violence not in some distant tomorrow but immediately.

* A look at the women participating in and leading the people’s wars against capitalism-imperialism around the world
* On Revolutionary Student Front’s campaign against abusers and misogynists including their most recent fight to drive serial abuser Prof. Morrisett off UT campus
* A practical look at women shaking off fears and inhibitions to take up and wield revolutionary violence
* And more!