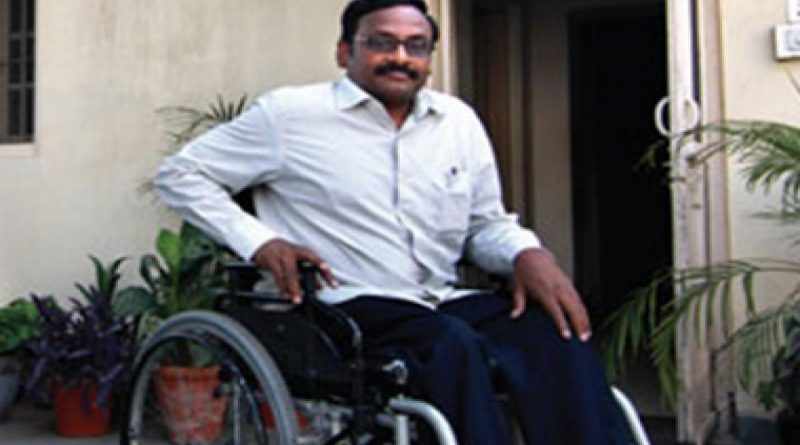 Committee for the Defense and Release of Dr. GN Saibaba

Over the last six years, the health of Dr. G. N. Saibaba, incarcerated in Nagpur Central Jail, has deteriorated alarmingly. Prof. Saibaba is a teacher of English at the University of Delhi and is a human rights activist. Due to post-polio residual paralysis of his lower limbs, he is over ninety percent physically disabled and wheelchair bound. Since incarceration, he has developed severe additional ailments that have resulted in irreparable loss to his health. On May 9th 2014, he was abducted from Delhi by the Maharashtra Police and charged under several sections of the Unlawful Activities (Prevention) Act (UAPA). None of the electronic documents supposedly seized from G.N. Saibaba’s house were displayed in the court or tested through any witness or made part of the course of evidence. These electronic documents were directly brought only as part of 313 statement, and not the main course of evidence. The judge rejected all Supreme Court judgments regarding bringing these documents which were not part of the course of evidence as part of 313. These documents used were not a part of the trial. Gadchiroli Sessions court gave life imprisonment on March 7th 2017 to Dr. GN Saibaba along with five others. Excluding a brief reprieve in 2016, he has been kept in the solitary anda cell of Nagpur Central Jail since arrest. With Indian jails filled beyond capacity and lacking in basic medical facilities, and with the COVID-19 pandemic sweeping across the country particularly affecting the aged and those with serious pre-existing medical conditions, Dr. G. N. Saibaba’s future looks exceedingly bleak.

Throughout his political life, Dr. G. N. Saibaba has been a vocal advocate for the rights of Adivasis, Dalits, Muslims and other oppressed communities. He has spoken against the state sponsored attack on people in Central India under Operation Green Hunt. He stood by his students and advocated for democratic principles and social justice within the university. He has never shied away from speaking his mind and has worked tirelessly to uphold the spirit of democracy. While hospitals in Nagpur and jail authorities have stated that they lack of facilities needed to care for a person with such severe disabilities and ailments, he remains incarcerated, untreated and denied bail. Nonetheless, he retains the spirit of struggle, even when dehumanised by the lack of medical facilities and denied the basic fundamental right of a life with dignity.

Dr. G. N. Saibaba suffers severe physical pain caused by the degeneration of muscles in his hands. He is plagued by pancreatitis, high blood pressure, Cardiomyopathy, chronic back pain, immobility and sleeplessness. The weather conditions of Nagpur, magnified by the windowless solitary anda cell have even strained the functioning of his heart. Consequently, his physical ailments intensified while the lack of pain relief and neglect due to inadequate medical facilities further debilitate his already fragile health. Despite interventions made by the National Human Rights Commission and authorities of international human rights organizations, the Courts have repeatedly denied him bail.

The Supreme Court of India has upheld the right to life and reflected on prisoners observing that “the treatment of a human being which offends human dignity, imposes avoidable torture and reduces the man to the level of a beast would certainly be arbitrary and can be questioned under Article 14”. India is also a signatory to the International Covenant on Civil and Political Rights (ICCPR), which recognises the inherent dignity of human beings and the ideal of free human beings enjoying civil and political freedom. Furthermore, India has ratified the UN Convention on Rights of Persons with Disabilities (CRPD) on October 1st 2007. India has even adopted the United Nations Resolution 70/175 on Standard Minimum Rules for the Treatment of Prisoners (also known as the Nelson Mandela Rules). These covenants, conventions and resolutions ensure life and dignity to all persons, prisoners and persons with disabilities and layout the essential parameters necessary for its implementation. When the National Crime Records Bureau states that prisons across the country prison are filled at 117% with Maharashtra exceeding the average at 149%, the impact of the spread of the COVID-19 virus in such a space is likely to be a death sentence for Dr. Saibaba.

The Committee for the Defense and Release of Dr. GN Saibaba fears for his life and appeals to the Government of India and the Government of Maharashtra for the immediate release of Dr. G. N. Saibaba, in light of the impending threat to his life from the COVID-19 virus. The committee urges all democratic organizations and individuals to appeal for the release of all political prisoners.