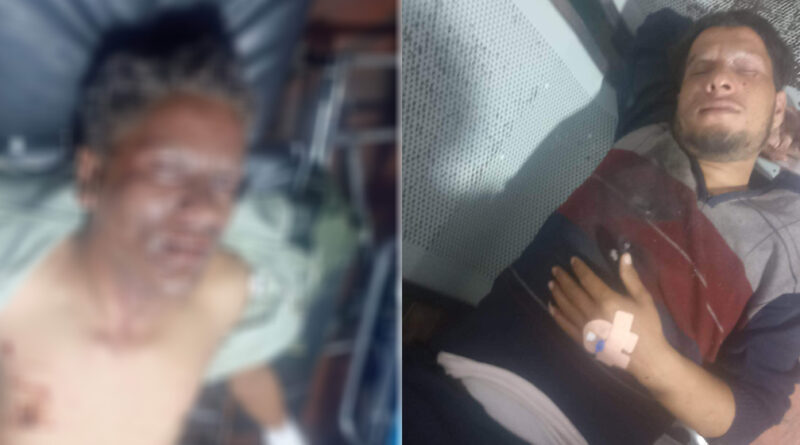 Banke District, November 17, 2022: Two cadres of the Netra Bikram Chand-led Communist Party of Nepal who were injured in a bomb blast are being treated under police supervision. The explosion took place at around 8:10PM on Wednesday while the cadres were allegedly making a bomb in a house near the health office in Nepalganj Sub-metropolitan City ward number 10 Bhrikutinagar.

Dilli Bahadur DC (Kshetri), president of student organization of the Chand-led party who is a resident of Salyan Bagchaur Municipality Ward No 2, and Dharmaraj Sunar, resident of Kailali Ghodaghodi Ward No 1, who are members of the same organization, were injured.

Both of them were taken to Bheri Hospital Nepalgunj and given initial treatment. “They were later admitted to Nepalgunj Medical College Teaching Hospital for further treatment on Wednesday night and the treatment is still ongoing,” said Deputy Superintendent of Police (DSP) Ram Prasad Gharti Magar, spokesperson for the District Police Office, Banke district.

“The condition of both people is serious. They are being treated in the ICU,” DSP Magar told Republica. The police said that pamphlets were also found from the explosion site. “Based on the documents found in the room, it has been confirmed that they are members of the Chand-led group,” said DSP Magar.

Two more pressure cooker bombs found inside the house after the explosion were defused by the Nepali Army on Wednesday night. After two more pressure cooker bombs were found inside the house of local Diwakar Bikram Malla, a Nepali Army team from the Bajradal Battallion in Ranjha, Nepalganj, arrived and safely disposed of the bombs on Wednesday night. The army disposed of the bomb after taking it to a field about 200 meters away.

After the bomb blast, three other people left the house and ran away on a motorcycle, however, the police did not identify them. “We have started the investigation into the incident. Since the people involved in the incident were injured, we could not get detailed information from them, we have only conducted general inquiries, details will be revealed later through a detailed investigation,” said Gharti.

Although Chand-led cadres have been camping in that house for almost a year, the Malla family has responded that they only know that they are college students. Panic has spread in Nepalgunj Sub-metropolitan area after the incident that took place on the eve of the election.

According to the police, this incident confirmed that the Chand-led CPN had planned to detonate bombs targeting the House of Representatives and provincial assembly elections which are scheduled to be held on November 20.