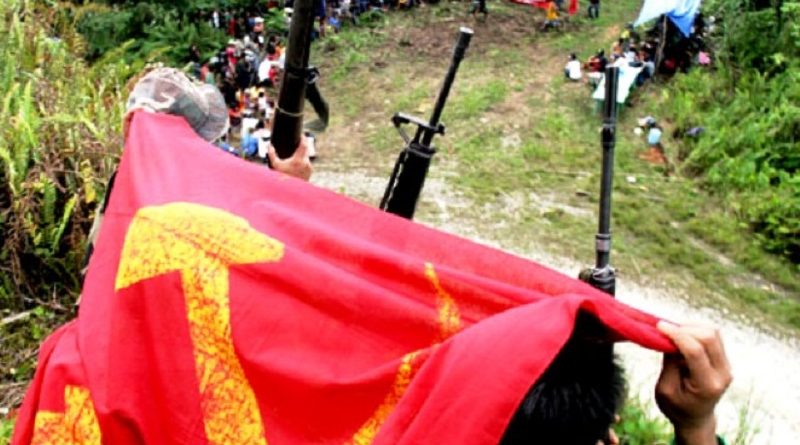 Ka Ma. Patricia Andal, NDF-Mindoro spokesperson, called the police as “traitor” and “insincere towards the peace talks” for arresting NPA member Jeffrey Delos Reyes while fulfilling his tasks for the said talks.

“The arrest of Delos Reyes by the police is an incontrovertible truth that eversince the police is insincere towards the ongoing peace talks,” Ka Patricia said. “We know for a fact that they can detest the revolutionaries because that is what they do. They are that boorish for disprespecting the ceasfire directive of their commander in chief Rodrigo Duterte.”

Ka Higom Maragang, spokesperson of the Lucio De Guzman Command (LDGC)/NPA-Mindoro, asserted that the cases filed against Delos Reyes are trump-up charges. He explained that those who uphold legitimate armed struggle should not be treated as criminals.

“This battle against the reactionary governmetn is legitimate because we fight for a genuine social change against the exploitation and oppression of the people by the ruling class. If this is not legitimate, the GRP should have not faced us in the peace negotiations,” Ka Higom said.

“Casualties among combantants in times of war are not crimes, and if that is, should not be charged as criminal cases against those in war. Unless they are violating the rules and international humanitarian laws of war, which are almost always violated by the mercenary armed forces of the GRP,” he explained.
Delos Reyes was arrested by the elements of the PNP-Mimaropa in Victoria, Oriental Mindoro while fulfilling his task for the peace talks. He is currently detained at the Oriental Mindoro Porivncial Jail in Calapan City and charged of murder and frustrated murder.

“the police is sabotaging the peace talks,” Delos Reyes said. “We call on those with us in our quest for lasting peace, let us intensify our support to the GRP-NDFP peace talks, call for the dismissal of all trump-up criminal charges against Red fighters, free all politica detainees, and fight for genuine change for the people.”