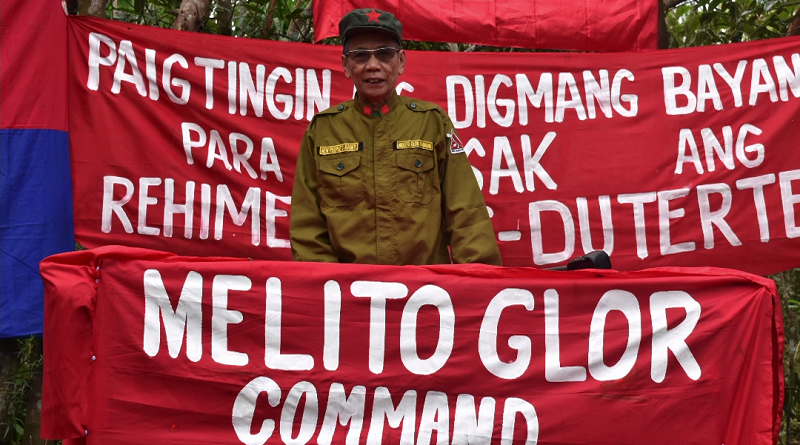 The Melito Glor Command – New People’s Army Southern Tagalog strongly condemns Rodrigo Duterte’s vulgar, unethical and immoral statement where he urged that female guerillas “must be shot in their private parts once captured”.

According to Jaime “Ka Diego” Padilla, spokesperson of MGC – NPA ST, “His series of statements against women even before his statement regarding our female red fighters are irresponsible sexist remarks unbecoming of a leader.”

Duterte previously stated that he will allow his soldiers to repeatedly rape women during the implementation of Martial Law in Mindanao.

“He is a deranged president who is ignorant of women’s role in the society, further proving his incompetence in office,” Comrade Kathryn added.

MGC – NPA ST also expressed concern that more women in the countryside will be victims of sexual violence and abuses by the mercenary Armed Forces of the Philippines, Philippine National Police and other paramilitary groups in the conduct of their military operations.

Ka Diego said, “His statement gives further license to military, police and paramilitaries to conduct heinous crimes and sexual violations against militant Filipino women in the countryside in an attempt to suppress their revolutionary sentiments.”

Ka Diego explained that human rights violations and sexual abuses against women will continue under Duterte’s fascist and tyrannical rule and the rotten system in the country.

“Men and women alike should stand together to fight the atrocities of the US-Duterte regime and forward their struggle to overthrow and end the fascist and tyrannical US-Duterte regime,” Ka Diego concluded.