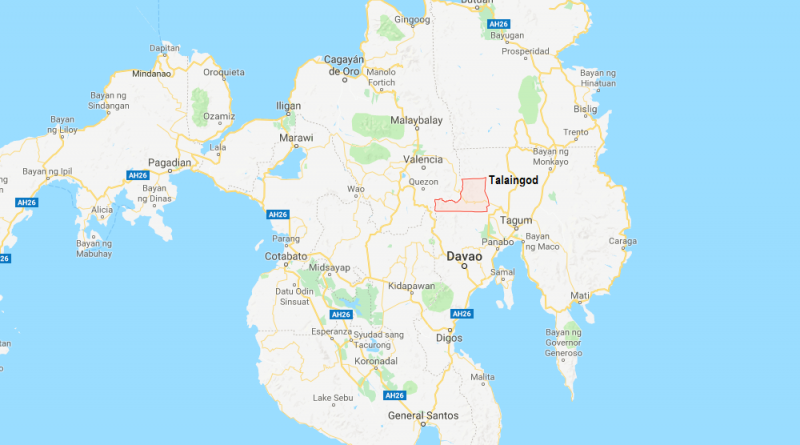 The Communist Party of the Philippines (CPP) calls on the Duterte regime and the Armed Forces of the Philippines (AFP) to end the military siege of Talaingod town where it has applied Marawi-style tactics against the civilians to force the people, especially the Manobo Lumad, to end their defense of their ancestral land.

The small town of Talaingod, Davao del Norte, with a population of less than 30,000, is under siege by three AFP battalions—the 56th IB, 72nd and 88th IB, as well as by their Alamara paramilitaries. Fascist troops have swarmed barangays and sitios for months on end. They have conducted incessant combat operations and endangered the lives of thousands of civilians.

Human rights abuses by soldiers run rampant. They have illegally occupied Lumad community schools and prevented these from opening and operating. They have restricted people’s movements and caused massive disruption in production and commerce as people are hampered from attending to their crops, hunting and selling of their produce, and buying rice and other commodities.

They have applied non-stop pressure on community leaders and ordinary residents to force people to enlist themselves as “NPA surrenderees” under pain of being accused as members or supporters of the New People’s Army (NPA) and dealt with as armed combatants. Last weekend, the AFP shamelessly staged a so-called “surrender ceremony” where it reportedly bamboozled and pressured Manobo tribal chieftain Datu Guibang Apoga, who was elderly and ailing, and deceptively presented him before the public as having given up the Manobo’s resistance to defend their ancestral lands.

The Duterte regime’s suppression campaign against the Talaingod under martial law aims to pressure the Manobo Lumad people to give up their defense of their ancestral land and resistance against destructive logging and mining operations of foreign and local big capitalists.

The AFP is applying the Marawi tactics of all-out war (which target civilian populations) and military siege employing overwhelming force to threaten and intimidate residents. In Marawi, the ultimate aim was to drive away the people through aerial bombardment and carve up the land to setup a large AFP and US military reservation and free large swathes of land to establish rubber and oil palm plantations.

As in Marawi, the aim of the AFP and Duterte in waging all-out war across the Pantaron mountain range is to suppress all forms of resistance in order to take over the land of the Lumad people and appropriate and plunder its rich resources. Foreign big mining firms as well as foreign big agribusiness corporations are drooling over the rich ancestral land of the Lumad people.

The Duterte regime is employing the same all-out war tactics to free wide swathes of land across Compostela Valley, Davao del Sur, Bukidnon, the Zamboanga provinces, Agusan provinces and other Mindanao provinces, as well as to drive away the Moro people in the Liguasan Marsh. There is some similarity as well with the tactic of having the military take over the Boracay island and Duterte’s plan to take over and privatize the land of the local residents and minority groups to be sold to big business and foreign capitalists.

At the same time, the CPP fully supports the continuing struggle of the people of Talaingod and the Lumad people across the Pantaron range, to defend their ancestral land against military, government and big business encroachment.

The New People’s Army, under the Party’s leadership, will continue to defend the peasants and minority peoples against the US-Duterte regime’s martial law and Oplan Kapayapaan all-out war of suppression and destruction. The Party calls on the Filipino people to join and support the NPA in carrying out its task of defending the broad masses of the Filipino people.