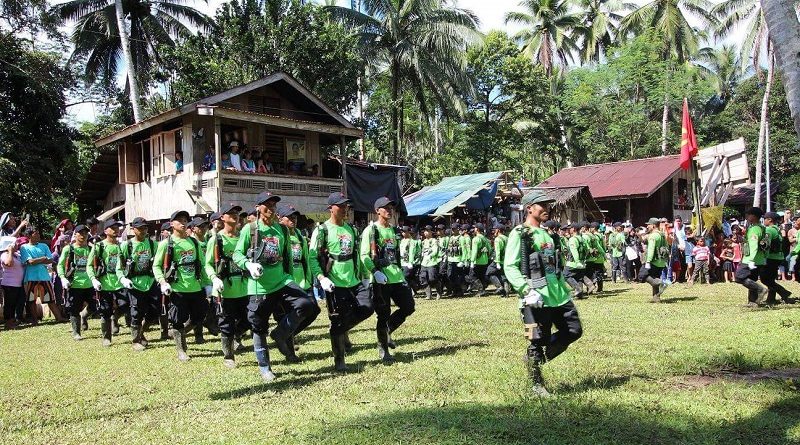 1. The Communist Party of the Philippines (CPP) applauds the successful tactical offensives mounted by the New People’s Army (NPA) in Agusan del Sur, Samar, Sorsogon and elsewhere over the past two days. The NPA tactical offensives are resounding blows against the Duterte regime’s martial law rule in Mindanao and across the country.

2. The people celebrate the success of the NPA, in particular, the annihilation of an entire CAFGU detachment under the 3rd Special Forces Battalion and the seizure of 24 high powered firearms in Agusan del Sur. The people have long suffered from the crimes and abuses and perpetrated by these military and paramilitary forces.

3. All prisoners-of-war who who were captured after surrendering during the raid in Agusan del Sur are being treated leniently. They will be released soonest so long as the AFP relents in their offensive in order to pave the way for their orderly and safe release and give them the opportunity to be with their families this christmas. We urge third party facilitators to coordinate and cooperate with the local NPA command.

4. The tactical offensives of the NPA displays the superiority of the NPA in terms of support of the people and mastery in guerrilla warfare. It also manifests demoralization among the AFP and paramilitary forces who are being used as canon fodder in defense of a rotten system and corruption of their superiors. We urge all enemy foot soldiers to surrender to the NPA.

5. Just to set the records straight, the recent NPA offensives do not violate the CPP’s unilateral declaration of temporary ceasefire which shall take effect on December 24 to 26 and December 31 to January 1 next year to celebrate the CPP’s 50th anniversary and join the the people in their holiday traditions.

6. The Party calls on the NPA to mount more tactical offensives in the next few weeks and months to defeat Duterte’s all-out war and fascist attacks against the people’s democratic rights and livelihood.