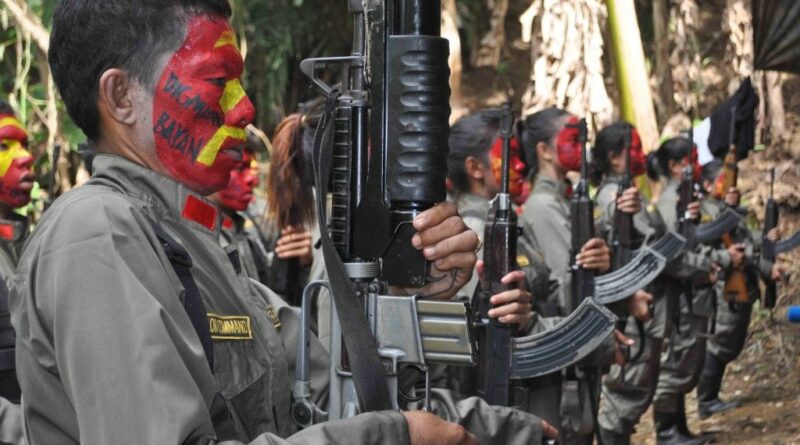 Melito Glor Command – NPA Southern Tagalog congratulates the Red fighters and commanders of NPA units in Quezon and Rizal who carried out resounding military action this September. It is dedicated to the people of Southern Tagalog who are struggling in the national democratic struggle despite the intensifying state terrorism.

In Rizal, two offensives against class enemies and mercenary armies took place in the last week of September. The people hailed the raid of the Narciso Antazo Aramil Command – NPA Rizal on the fort of the goons of the PML usurper Arturo Robes in Brgy. San Isidro, Rodriguez on September 27. The NPA also destroyed house demolition equipment and confiscated weapons used by goons to intimidate farmers.

The raid was in response to Robes’ threat and eviction of 150 families of poor peasants living peacefully on Mount Balagbag. Residents will be deprived of land and livelihood for the ecotourism project of the savage PML.

Meanwhile, a unit of the Apolonio Mendoza Command-NPA Quezon defended well when it was attacked by troops of the 85th IBPA under the 201st Brigade on September 27, at 11 a.m., in Sitio Hagakhak, Barangay Malaya, General Luna. Two soldiers were killed in the 10-minute encounter.

According to the AMC, the Red fighters did not immediately fire at the enemy because the soldiers were cunningly positioned in the direction where the bullets could hit the civilians. The NPA then returned fire to ensure the safety of the residents.

The AMC strongly condemned the violence against the residents of Sitio Hagakhak after the fighting. Reagan Avila and his wife Leonina Ilag and Poli Naval, all living near the scene of the encounter, were arrested. They were taken to the soldier’s camp for investigation.

The successful blows on the fascist enemies show that the NPA is faithful to its vow to uphold the interests and rights of the toiling masses. Anyone who wants to be a defender of the people is invited to join the NPA and wage a just war against oppression and exploitation.