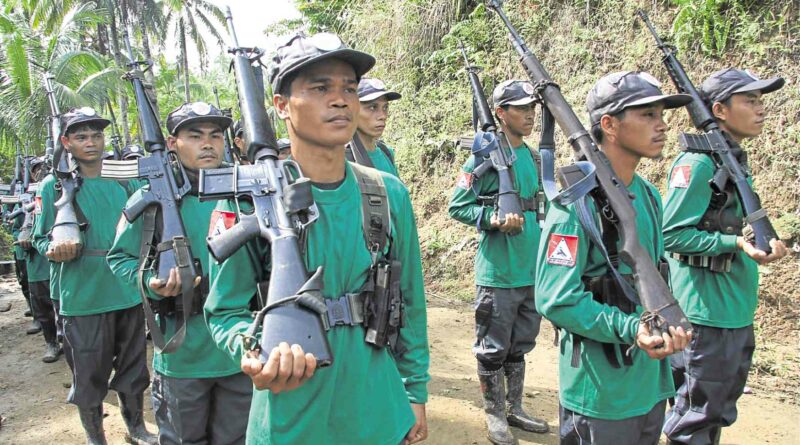 A member of the 62nd IBPA was killed and 1 wounded in the same military troop after the successful sniping operation of the Leonardo Panaligan Command-New People’s Army on the 62nd IB Army Detachment in Sitio Casingan, Brgy. Trinidad, Guihulngan, Negros Oriental Province. The sniping operation was conducted on August 11, 2021 around 6:15 p.m.

The NPA responded to the ongoing military abuses in Central Negros, especially the vandalism of houses and the 94th IB’s threat to farmers in the hills of Brgy. Santol, Binalbagan, Negros Occidental Province and sitio Irene, Brgy Ampanangon, Jimalalud, Negros Oriental Province.

The 94th IBPA and a fanatical group led by Brgy Councilor Karem Calpiz of Brgy Ampanangon, Jimalalud intend to cover up their fate in the brutal murder of 2 people, Henry Pial and Junior Pedro on August 5 in the afternoon in Sitio Binigsi-an, Brgy Santol, Binalbagan.

The LPC-NPA also condemned the abduction of George Francis by the 62nd IBPA. George Francis was one of those illegally arrested by the 94th IBPA along with Edwardo Mission all of Guihulngan after the encounter that took place on August 3, 2021 in Sitio Tibak, Brgy Santol, Binalbagan, Negros Occidental Province.

The 94th IBPA and the PNP-Binalbagan police falsely stated that George Francis was released after a 36-hour regulatory period and there was no sufficient evidence on August 3, 2021.

George Francis’ family is deeply concerned and concerned that their descendants are not in their possession to this day. The family is worried that the 94th IB and 62nd IBPA may be used as guides in their military operations in the mountains and will be killed like what happened to them by Henry Pial and Junior Pedro.

The people are called upon not to compromise on the commitments of the fascist military and the Duterte regime in the E-CLIP offered by the NTF-ELCAC.

All NPA units under the Leonardo Panaligan Command are also called upon to launch a successful tactical offensive to provide adequate justice to the victims of military abuse and militarization in the countryside.