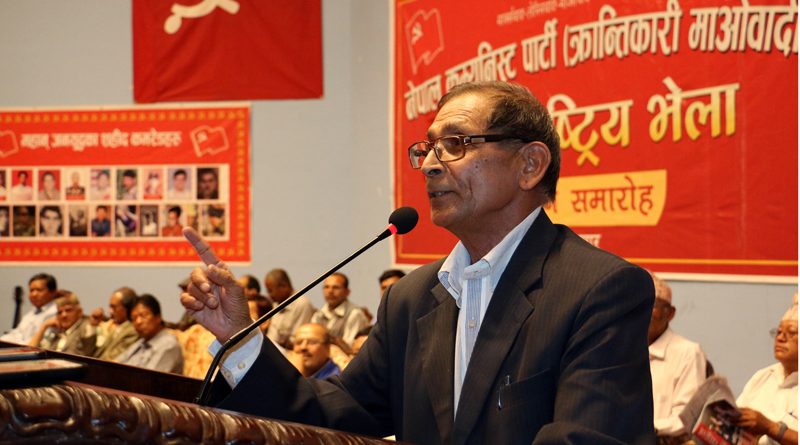 Speaking to mediapersons at Bharatpur Airport in Chitwan today, Baidhya ruled out the possibility of merger with the rival party as its Chair Pushpa Kamal Dahal had derailed from the mainstream ideology of the party. “CPN-MC Chair Dahal has been following the footsteps of the Nepali Congress and the CPN-UML. Hence, there is no possibility of party unity with them,” he said.

Baidhya also said discussions were under way with Netra Bikram Chand and Mohan Bikram-led communist forces for party unity. He clarified there was no possibility of his party joining a coalition government. “Since CPN-MC Chair Dahal has accepted multi-party system, he cannot be a communist leader, he is rather an anti-communist leader,” argued Baidhya.

He said their upcoming national general assembly on October 7 and 8 in Pokhara would give new directive to their new people’s revolution. He claimed that he was for peaceful agitation.

Meanwhile, Baidhya said his party would decide whether they would contest provincial and parliamentary polls in a couple of days.