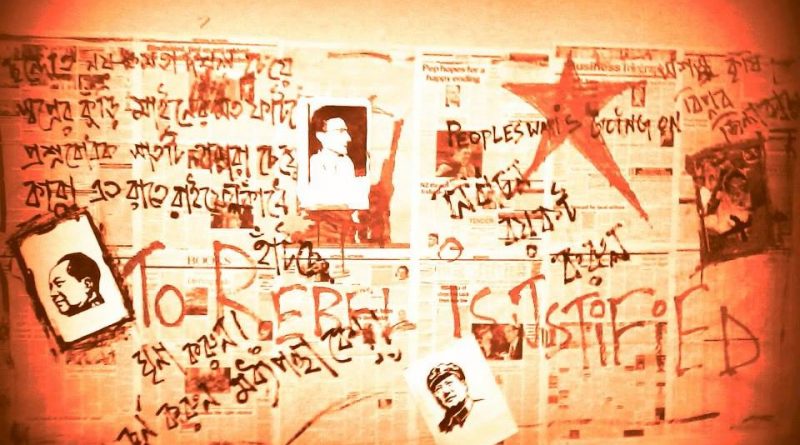 ‘Congress+Cow=BJP”, this is what we got with the new government coming in the center and after functioning for more than two years now. We have also been going through a farcical situation which has given birth of one of the most satirical Bengali revolutionary songs of our time:

“Manmohan’s crazy pill, you will get in Buddha-Jyoti’s mill,
but wrapped in red covering, advertised through red blabbering.
They flirt in private but loath each other in public
United are, their desire and sentiment-
And together they blow the broken record of development”. 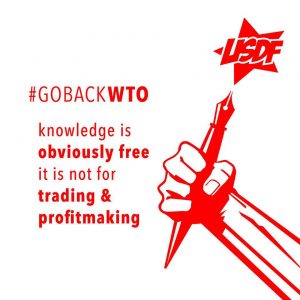 The Indian ruling class has meekly surrendered their soul to neoliberalism long ago. Azad Hind Fauj used to sing “Yeh Zindegi hai koum ki” and today our ministers sing “Yeh Zindegi hai Corporate ki” astheir political ideology works hands in gloves of neoliberalism. Manmohan, Modi, Buddhadeb or Mamata all of them feel that in order to develop and solve the problem of unemployment, investment by big industries is necessary whereas in a finance capital led economy, big foreign investment only leads to destitution of thousands, a jobless growth, rising inequality with a few getting the major portion of the pie to eat. Students and unemployed youth are promised with employment as they continue to struggle for a dignified life, their day to day pragmatism and insecurity being encashed through the piece-meal governmentality, the social policies of ‘giving away alms’ to draw political legitimization of the expropriaroty neoliberal capital. Hegemony is built around the question of development and atrocities against the farmers, working class, dalit and tribal people continue unabatedly.

But when factory owners do not pay wages of workers and close down factories, start rapid informalization and torment all labour laws, our state has no option but to stay as a numb spectator. On the other hand, instead of reopening closed mills and factories, giving jobs to the unemployed; real estate business is taking over the land of closed factories. It is a fundamental right of every citizen to have a proper dignified livelihood while state has to take the role of creating new opportunities to reduce unemployment. If the government fails to provide livelihood to the youth then it should provide financial assistance to the unemployed as it is the case in many countries in many Nordic countries of Europe and United States through “unemployment allowance”.

In our country revolutionary students’ movement not only demands jobs but also a dignified life- the right to work with dignity.  But on the contrary, the vigor with which one after another governments implements draconian laws against its own citizens, make regressive changes to dilute labour and environment laws, legitimizes child labour; their commitment towards ensuring the rights of the masses and towards the welfare of workers and farmers seems to be completely missing. The present Modi government is hell bent to do away with even the weak labour laws that offer some respite to the workers. And this is nothing but a  direct influence of neoliberal policies which only results into accumulation of more profit into the hands of few. Thus, the labour laws are seen as hindrance to this unprecedented profit centralization. 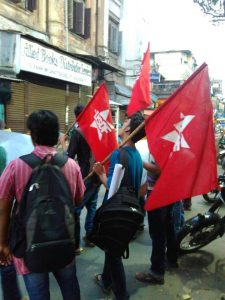 Eventually, all doors will be opened to welcome expropriatory foreign investments in all sectors including health, education, transport and even defense. The majority of low income population will be adversely affected by these policies as it will be out of bounds for the vast majority of the population to avail basic facilities and will result in unprecedented rise in inequality, socio-economic insecurity and pauperization of million. Modi government is not only following the footsteps of the previous UPA government and more aggressively. It is clear that the government wants to shrug off all the responsibilities and facilitate big corporate to exploit labour power for their own profits.

To protest against such anti-people policies of the state to sabotage workers rights and surrender the country’s resources to foreign investors, several trade unions have put out 12 demands and declared an all India strike on 2nd September. Although some of these organisations who are participating in the protests have long maintained their support to such neoliberal policies during the previous UPA government, but the reforms introduced by Modi government needs to be opposed with full force. Specially, reduction of employment in public sector, arbitrary laying off the employees, snatching their rights to unionize, dilution of labour laws, allowing foreign capital to virtually control all sectors and rising unemployment of youth are the main issues that need to be vigorously opposed.

Students and workers unity are of primary importance in this society and we sincerely ask all progressive students to stand in support with the workers strike and observe strike across school, colleges and universities all over the country on coming 2nd September.