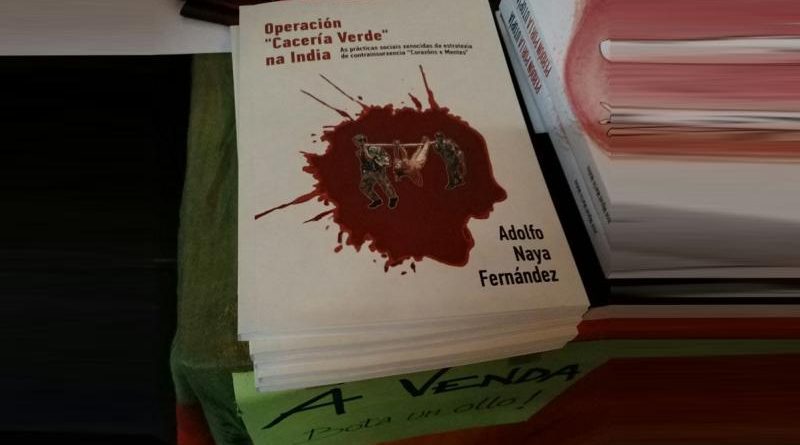 From the Comité de Apoio á Guerra Popular na India (Galician Committee to Support People’s War in India) we think it’s a very important study, since it proves that Operation “Green Hunt” and the policies carried out by the government of India are a genocide, not only against the Adivasis and Dalits communities but also against the Maoists.

From the Galician Committee to Support People’s War in India we recommend reading this book, not only to know what’s happening in India from a political-military perspective but also to know what this counterinsurgency strategy is like and how it was applied in many places along the world.

Here we leave some excerpts from the book -translated into English by a Redspark collaborator: