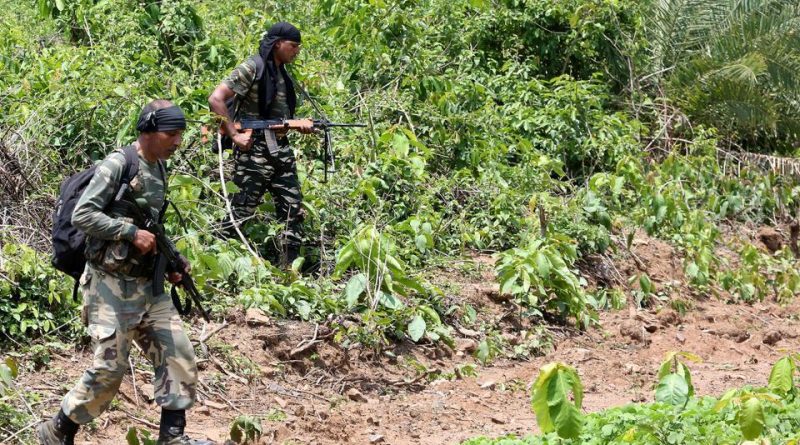 According to reports, both sides engaged in a fierce encounter soon after the blasts.

Unconfirmed reports said the security forces suffered a major setback in the blasts as at least four security personnel were killed in the explosion but there was no official confirmation of the same.

Garhwa deputy commissioner Dr Neha Arora said, “We have reports about an encounter with the Maoists in the Burha Pahar area but so far we have received no updates about any casualties. We are waiting for more details.”

Senior police officials in Ranchi and Palamu refused to divulge details about the incident saying that they should be allowed to discharge their duties first.

The security forces recently launched a massive anti-Maoists offensive in the hilly region in a bid to capture the hilly terrain that had become a safe hideout for the rebel guerillas.

The incident occurred near Tumera village in the bordering areas of Jharkhand and Chattisgarh when the joint teams of security personnel from the Central Reserve Police Force (CRPF), state’s elite force Jharkhand Jaguar (JJ) and the local police were marching ahead towards the Maoists’ hideout.

The explosion site is reported to be under the Bargarh police station limits in Jharkhand’s Garhwa district.

Burha Pahar range that is spread over more than 50 km long area on Jharkhand-Chhattisgarh borders falls in Jharkhand’s Latehar and Garhwa districts and Chhattisgarh’s Balrampur district and had repeatedly hit national headlines for becoming a nearly impregnable hideout for dreaded CPI (Maoist) leaders.

The area is also said to be the hideout of dreaded Maoist Sudhakaran who carries a case reward of Rs 1 crore on his head.

This is the second encounter between the security forces and the Maoists in less than three days. Both sides had clashed near Kujrum in Latehar district on Sunday.