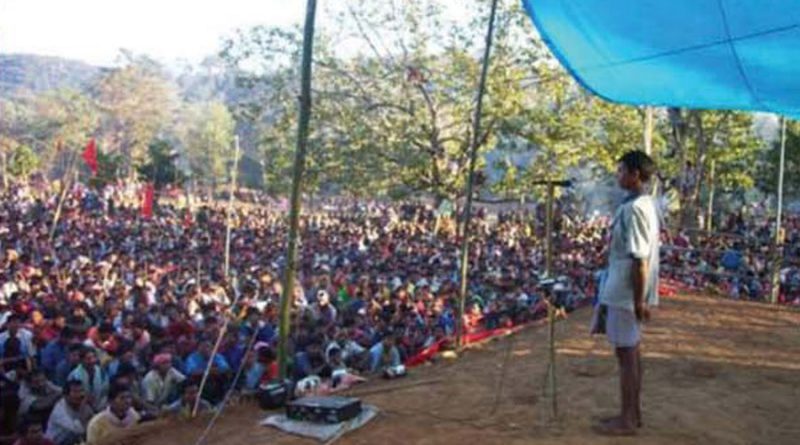 Jharkhand police has sounded high alert in the Naxal infested areas of the State in the wake of the CPI (Maoist) celebrating ‘Foundation Week’ from September 21 to 27. The State Government has asked the district administration, particularly the naxal-affected districts, to keep extra vigil during this period sensing some serious consequences during the period.

Police said that the security forces have been asked to conduct anti-Naxal operations in the affected areas.

“An alert has been issued in this regard… Operations are to be conducted in the areas of their concentration and security forces have been asked to strictly follow SOP’s during operations as rebels may try to target the Police during the week,” said IG (Operations) and Jharkhand Police Spokesperson MS Bhatia.

It is apprehended that the Maoists might resort to some destructive activities to mark the weeklong celebrations, said Bhatia.

The rebels have also put some posters in the areas of their domination. Through these posters they have been trying to press the theory of ‘Apna Gaon–Apna Raj’ appealing people to make their armed movement a success. They have also talked about taking a pledge against the throwing labourers out of their jobs by some of the companies in Chaibasa.  Following reports, the police have ordered to remove such posters. “As far as posters are concerned it is not necessary that it has been put by them…there may be some other people behind the scene. We are removing such posters if getting information about it. We will take action in this regard as and when it is required,” Bhatia said.  The outfit, through these posters has given the call to celebrate their ‘Foundation Week’ in Jharkhand, he said.

The IG (operations), however, said that the appeal made by Naxals – Apna Gaon – Apna raj is already in place in the villages through gram panchayats. “Through such propaganda, the Maoists are trying make an impression among the masses that they are with them and have been standing on their side for their interests,” he added

Accepting the fact that the Maoists have changed their strategy, Bhatia further said that due to diminishing mass base in the remote areas in the recent few months, the Maoists were trying to return back to their basic ideologies raising the issues related to the common masses like displacement, exploitation and agony, again among the poor villagers. “This is an effort to bring labourers and villagers on their sides again by winning their sentiments through such issues,” said the IG.

Meanwhile, intensive operations were conducted in Chaibasa during the last two days in the areas where posters were found. “There was no name written on the posters, hence it was difficult to apprehend anyone in this regard. Hence regular anti-Naxal operations are being conducted in those areas which is still on,” said DIG Chaibasa Shambhu Thakur.