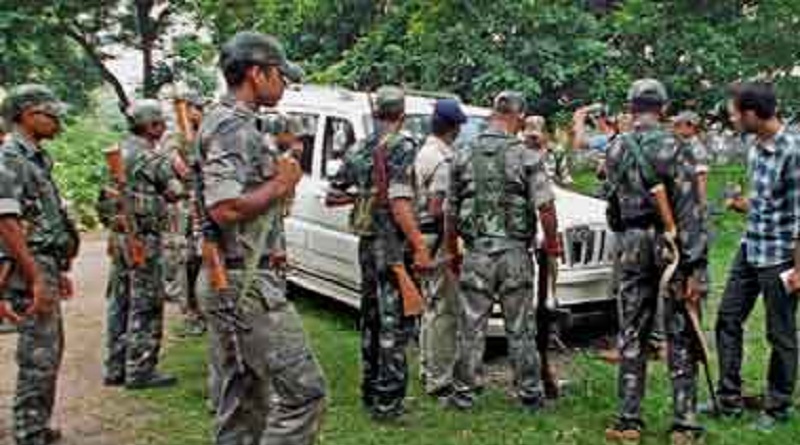 There are suspicions that these activists were arrested in Telangana by the state police first, but were surreptitiously handed over to the Chhattisgarh police later.

New Delhi: Seven human rights activists who were part of a fact-finding team enquiring into the rising cases of encounter killings in Chhattisgarh’s Bastar region were arrested on December 25 and booked under the Chhattisgarh Special Public Security Act (CSPSA).

While the CG police alleged that the team was acting as a cash conduit for the Maoists, the Telangana Democratic Forum (TDF) – the umbrella association comprising 307 rights-based democratic groups which had sent the fact-finding team to Bastar – strongly refuted the police allegations.

According to a few activists who were in touch with the team, the Telangana police detained all seven members of the team somewhere along the Chhattisgarh-Telangana border while they were on their way to Bastar and kept them at a local police station until the morning of December 25. They alleged that the state police shifted the team to Konta police station in Chhattisgarh later during the day.

“I got a call from Balla Ravindranath – who was leading the team – that they were in Telangana on December 25, early in the morning. However, in a few hours, he informed me that they had been shifted to Konta,” N. Narayana Rao, general secretary of the Civil Liberties Committee, Telangana state (also a part of TDF) told The Wire.

He further said that Ravindranath, an advocate in the Telangana and Andhra Pradesh high court, sent him a mobile text message saying “we are in danger” when they were being shifted to Chhattisgarh. 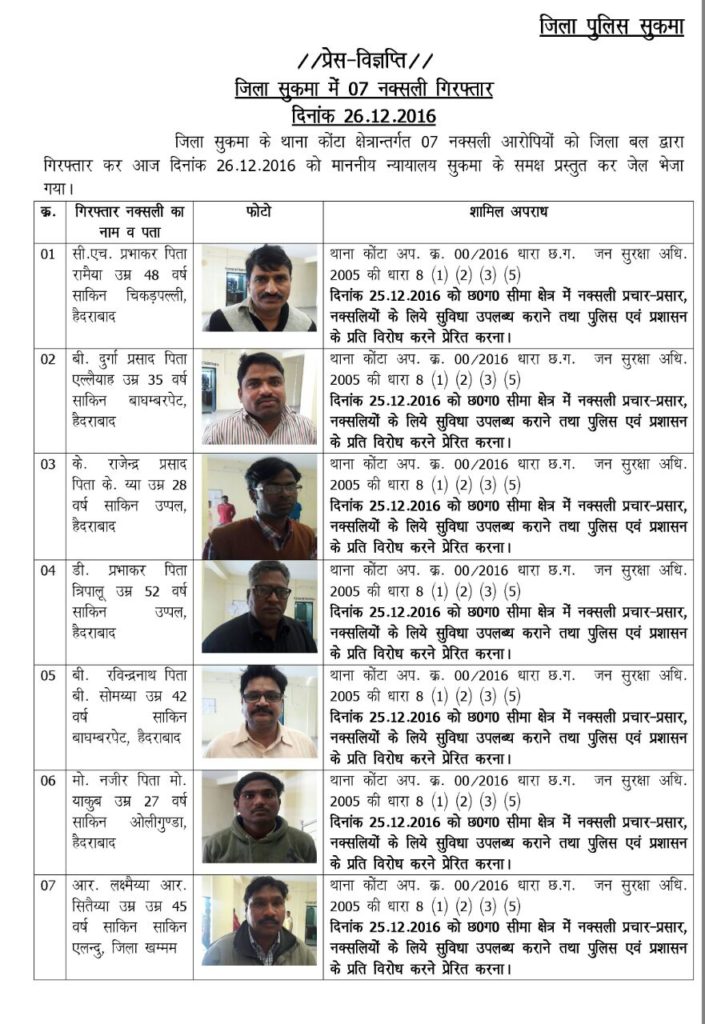 The Chhattisgarh police claimed that the team was arrested in Konta and went on to produce the seven at the Sukma court on Monday. It slapped CSPSA clauses 8 (1), 8 (2), and 8 (3) on them, essentially alleging that the activists were members of the Communist Party of India (Maoist) and had assisted the banned organisation financially.

According to sources, the Chhattisgarh police has claimed that the team was carrying Rs 1 Lakh, which was supposed to be given to the Maoist party. However, Rao and other TDF members denied the allegation vehemently.

“The team hardly had any money. Whatever little they had was supposed to be used in travel expenses,” said Rao.

However, the court rejected the team’s bail plea and ordered the police to send the activists to Sukma jail.

The Bastar police, under the leadership of inspector general of police (Bastar range) S.R.P. Kalluri, has been under a state of constant tussle with human rights activists, who have been highlighting police excesses in the region.

Recently, Delhi University professor Nandini Sundar, whose PIL against human right violations led the Supreme Court to ban the state-sponsored Salwa Judum vigilante movement in CG, JNU professor  Archana Prasad, and Left activists Vineet Tiwari and Sanjay Parate were charged with the murder of a Bastar resident – an allegation that was seen as an instance of police vindictiveness by most democratic groups and even drew the attention of the National Human Rights Commission, which demanded an explanation from the state. The arrest of TDF activists is likely to catalyse yet another round of conflict between the Chhattisgarh police and human rights groups.