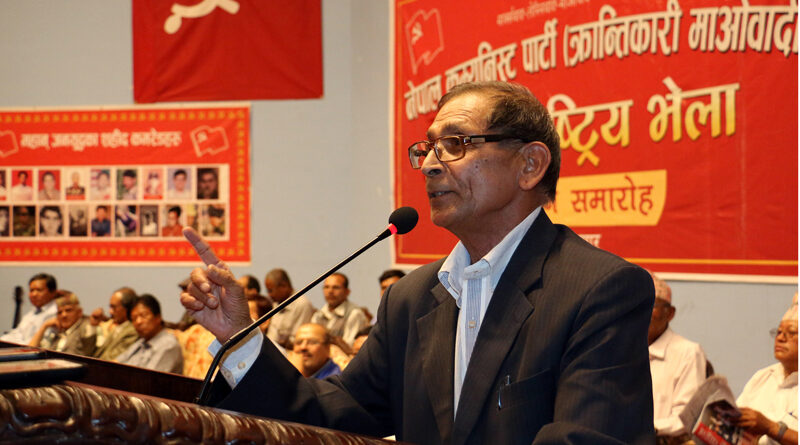 Speaking on the occasion of the 8th National General Convention of CPN (Maoist Center), held at Kathmandu, General Secretary Baidya said “Although there were multiple struggles after the establishment of the communist party, some of the revolutionaries got carried away and got spoilt.” He said that it is not possible to move forward without explaining such incidents, adding that the question now is who is the true communist in Nepal.

General Secretary Baidya also said that leaders of the right-wing are now saying that the biggest threat is right-wing opportunists. Stating that leader Dahal has been calling himself a revolutionary, Baidya claimed that Dahal has already deserted the teachings of Maoism.

Furthermore, he said that calling oneself Marxist, Leninist, and Maoist were not the issues but stressed the need to formulate the ideologies in a political line of action.